A year ago when photographers with Magnum Photos met in London to select the new members, associates and nominees who would be joining the prestigious agency, they also approved a new plan and structure that would bring—for the first time in Magnum’s history—a capital injection from outside investors.

The investment—the exact amount of which is undisclosed—comes from Nicole Junkermann and Jörg Mohaupt, two media experts who have financed over the years various technology ventures. The pair will join the board of what will be named Magnum Global Ventures, alongside Magnum CEO David Kogan and four members of the agency.

Magnum Global Ventures will be a subsidiary of Magnum Photos International, the cooperative owned by the agency’s 91 photographers and estates. And while the photographers will retain control over their intellectual property (including the copyright over all of their work), the new structure will assume control of the agency’s assets—from its offices in Paris, London, New York and Tokyo to its staff.

The deal, which Kogan started engineering in the months following his appointment as CEO three years ago, is designed to help Magnum grow in an ever-changing digital landscape. “We need to be able to experiment and take risk to do interesting stuff with our photographers,” Kogan tells TIME. “You have to keep up with all the technological changes and the means of showing the work.” But, he adds, for the last 70 years, Magnum has been a business “that’s full or risk,” with cash flow and debt issues. In the past, Magnum has mostly relied on a volatile editorial market for most of its revenues.

Less than 10 years ago, for example, the agency owed its own photographers hundreds of thousands of dollars, forcing it to sell some of its assets such as its physical archives, which were acquired by Michael Dell’s investment firm and donated to the Harry Ransom Center.

In recent years, Magnum, which is celebrating its 70th anniversary, found new ways to inject capital in the agency through its insanely popular Instagram print sales and the development of new educational events and workshops. But, Kogan says, “that doesn’t help us grow quickly enough or innovate fast enough.” To him, outside investment was the logical next step. “There’s a complete logic to trying to find other forms of financing,” he tells TIME.

Meanwhile, Magnum photographer Thomas Dworzak believes the move will preserve the agency’s independence, while at the same time “allowing outside investments that will help us to better photograph, document, the confusing world we are in now.”

The deal was approved by all 91 stakeholders, who will vote next week for the four agency representatives to join the board of the new subsidiary. 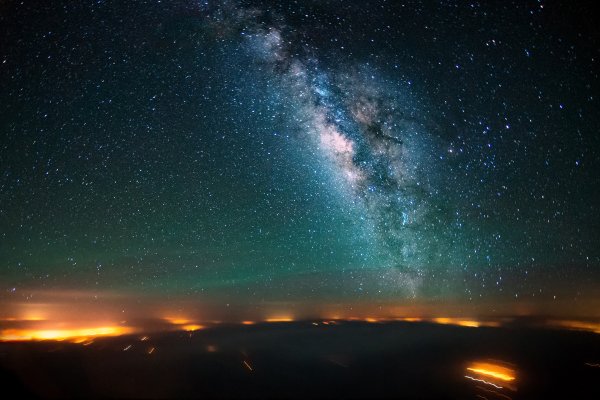 These Stunning Weather Photos Were Taken From an Airplane's Cockpit
Next Up: Editor's Pick