The Handmaid's Tale Fails to Deliver on Its Early Promise

Hulu’s adaptation of The Handmaid’s Tale was met with widespread critical praise when it premiered in April. “At its best, it has a tension practically unmatched on television,” I wrote in my review. “The more you learn about Offred, the more she looks like TV’s great new heroine.”

That much still rings true — Offred (Elisabeth Moss), a woman trapped in a dystopian society in which she’s forced to serve as live-in sex slave for a brutish master, is a riveting character. I also put the show on my best-of-the-year so far list, albeit with some reservations about new notes the show had picked up since its early going. But the world Offred inhabits has grown less and less compelling as the season has gone on. The show is now a cautionary tale of why not to rest on early momentum. After having screened the entire first season, I now look forward to the show’s second season with curiosity and trepidation.

Some aspects of the show simply wore poorly over time. The darkly lit shooting style, for instance, was a compelling stylistic choice in the first few episodes. But a show needs to be lit well enough to have its action discernable to the human eye in order to be, well, a show. Other aspects seemed to blossom oddly as the show went on with a wrongheaded confidence. In the show’s early going, what we could see was limited to Offred’s field of vision and her memory, in keeping with the narration of the source material, Margaret Atwood’s novel. Using new viewpoints to tell the story made sense, but practically every choice the show made in expanding its aperture felt completely baffling. A sequence in which a Mexican trade delegation, researching the lives of Handmaids, just happens to provide Offred a link to the resistance movement and to her departed husband, stretched the limits of my willingness to go along with the story. An episode focused on that same husband’s own experience of the dystopia — having successfully escaped to Canada — seemed to miss entirely what about the story worked in the first place.

Every time a fork in the road presented itself, The Handmaid’s Tale went brasher and flashier in its storytelling, jerry-rigging a narrative onto a framework that didn’t seem equipped to support it. What worked in The Handmaid’s Tale‘s early episodes — the careful contemplation of what it would be like to watch your old life slip into history, the development of Offred (née June) as a complex and nuanced character — seemed relegated to the margins of the story.

I’m no advocate for “slow TV” simply for its own merits. But the story’s effectiveness eroded as the harried storytelling approach prioritized jolt after jolt over key questions of how the society works (what role, for instance, does race play in this regressive world?). The show, having effectively created a mood of permeating cruelty and brutality in its early going, seemed almost to presume that work was done and the show could now be — what? A spy thriller of sorts?

The show seemed uncertain and unconfident when telling a story that followed directly from its premise: one about a beaten-down woman trapped in a society that by its nature pits her against her allies. And as it went on, it spent less and less time meaningfully confronting what that society was like (as it did early on in the case of Alexis Bledel’s Ofglen, a lesbian horribly punished under new laws) and more and more time dreaming up fanciful means of escape, whether literal or figurative. The literal escape storyline was drearily ludicrous, a forced march toward impossible conclusions. In the finale, Offred leads a procession of Handmaids after a small, provisional triumph down the street to the strains of “Feeling Good.” It’s shot as though the handmaids are hyperpowerful and in control, which we know they are not. Moments later, thrown into a car and driven into an uncertain future, her face is too darkly lit to make out, but we can hear the music in her mind: Tom Petty’s “American Girl.”

MORE: The Differences Between The Handmaid’s Tale Show and Book, Explained

This garish moment, drawing a simplistic parallel (Offred is a woman who lives in what was once America!), seems too strictly in line with the mechanics of “uplift” the show’s practiced so far to be intended solely as ironic. Every episode seems to end with a moment in which we’re told that June will survive this because she is strong. And yet the show, for all its narrative wheel-spinning, is still about what it’s trying to force you to forget it’s about: A society relentlessly dedicated to snuffing out the individual. The Handmaid’s Tale, more and more, outsourced its darkness to the cinematography department or toward fleeting depictions (including the finale’s amputation) of garish brutality. Having dispensed with that, it raced perpetually towards the sort of inspiration that, week-in and week-out, comes to ring false.

Various aspects of the show’s story went beyond the bounds of the novel, but the story told by Atwood — which ends with Offred driving away in that car — has now been ended. Where the story goes now will be anyone’s guess, but it’s my hope that, having been liberated or sent to a grimmer fate (though given that the show is to go on, I doubt she’s to die), Offred tells a story that feels authentically like itself. A change of scenery will surely do Handmaid’s, a show with a compelling central character in a situation it couldn’t bear to acknowledge at length, some good. 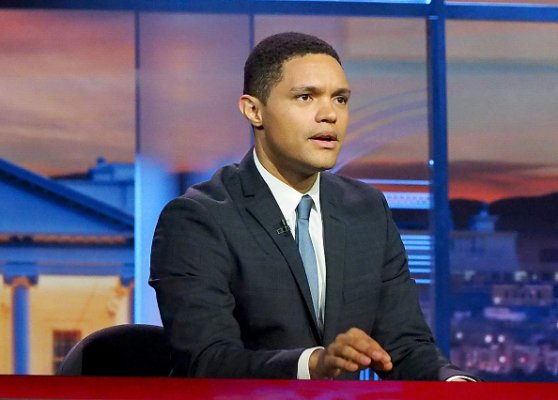