What Trump's Rust Belt Supporters Need to Know This Week

Voters cast their ballots at the Wil-Mar Neighborhood Center on the Near East Side of Madison, Wis., on Nov. 8, 2016.
Amber Arnold—AP
Ideas
By Chris Lu
Lu served as the U.S. Deputy Secretary of Labor during the Obama Administration and is a senior fellow at the University of Virginia Miller Center.

This week, the Trump Administration will try once again to focus its policy agenda around a single theme. With an erratic chief executive and rapidly changing news developments, that’s easier said than done.

Last week was supposed to be “Infrastructure Week.” Instead, the week veered wildly off course, as the nation was riveted by the FBI Director’s testimony that the President was a liar and had possibly committed obstruction of justice.

The White House has dubbed this week as “Workforce Development Week,” with the focus on anodyne issues like vocational training and apprenticeships. Almost as soon as this week was officially designated, it was upended by the announcement that Attorney General Jeff Sessions would publicly testify on Tuesday about the growing Russia investigation.

But let’s humor the White House for a minute and focus on the President’s choice of themes: workforce development.

During the presidential campaign, Donald Trump appealed to working class voters by promising to bring jobs back to the United States. This populist message resonated in economically struggling areas and allowed him to carry traditionally blue states like Wisconsin, Michigan, and Pennsylvania.

Trump will travel to Waukesha County Technical College in Wisconsin to highlight his administration’s commitment to training workers. He will likely make a few forced references to The Apprentice and then bash Democrats for obstructing his policy agenda. And then he will conveniently gloss over the fact that his budget slashes 40% — or over $2 billion — from federal job training programs.

For workers in states like Wisconsin, the impact of these budget cuts would be devastating. Around the country, but especially in hard-hit areas in the Rust Belt, federal training and employment services are a powerful way to provide economic opportunities to millions of unemployed and underemployed adults and young people.

Under the Trump budget, an estimated 34,000 Wisconsin residents would lose access to services that help them find work or acquire the skills needed by growing industries like advanced manufacturing, health care, and IT. Funding would be slashed to help the over 5,000 Wisconsin workers, many in the manufacturing sector, who become dislocated each year due to plant closings and downsizing.

Also hurt by the Trump budget are young people who want to contribute to our economy but too often lack the opportunity. The President’s budget cuts $350 million from programs targeted at low-income youth, especially those who have dropped out of school. If the budget were to become law, 900 fewer young people in Wisconsin would be able to obtain a degree or certificate, receive career services, or develop job skills through pre-apprenticeship opportunities.

In Milwaukee, a program run by the Mayor’s office has placed over 28,000 teens in summer jobs since 2005. The lives of young people in Milwaukee have been transformed by summer employment, which in turn helps to revitalize neighborhoods. Last summer, 350 young people from the city’s poorest communities were able to work because of federal funding that would be endangered by the Trump budget cuts.

When Donald Trump announced his candidacy for President in June 2015, he famously pledged to be “the greatest jobs president God has ever created.” He might be tempted to repeat that pledge when he visits Waukesha County this week. But job creation means nothing without job training programs.

During the trip to Wisconsin, Trump will see first-hand how critical job training is for workers climbing the ladder to the middle class. Unfortunately, the President’s budget goals make that climb much more difficult for the very people he promised to help.

Lu was the U.S. Deputy Secretary of Labor during the Obama Administration. He is a senior fellow at the University of Virginia Miller Center. 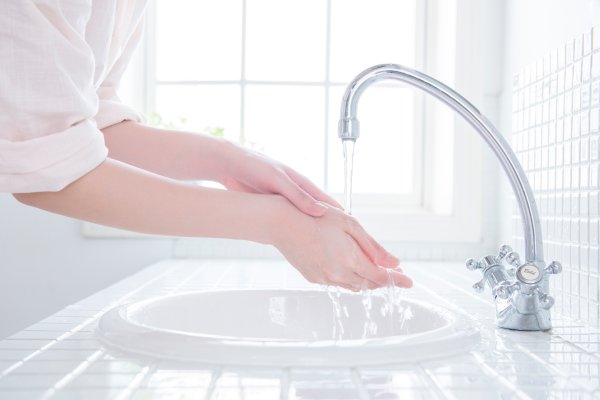 There’s No Advantage Washing Your Hands with Hot Water
Next Up: Editor's Pick