Maryland and D.C. to Sue President Trump Over Emoluments Clause

The Maryland and District of Columbia attorneys general are bringing a lawsuit against President Trump, claiming he’s violated the Emoluments Clause in the Constitution.

The suit, being filed Monday by D.C. Attorney General Karl Racine and Maryland Attorney General Brian Frosh, says Trump has engaged in “unprecedented constitutional violations,” the Washington Post reports. (The Post received a copy of the lawsuit.) It says the fact that Trump retains ownership of his company while serving as president has made him “deeply enmeshed with a legion of foreign and domestic government actors.”

This, the suit argues, violates the emoluments clause in the Constitution, which says, “No Person holding any Office of Profit or Trust under them, shall, without the Consent of the Congress, accept of any present, Emolument, Office, or Title, of any kind whatever, from any King, Prince, or foreign State.” (An emolument, simply stated, is compensation for services or from an office or employment.)

“Fundamental to a President’s fidelity to [faithfully execute his oath of office] is the Constitution’s demand that the President … disentangle his private finances from those of domestic and foreign powers,” the suit reads. “Never before has a President acted with such disregard for this constitutional prescription.”

The attorneys general say they will request Trump’s personal tax returns in the discovery process, which he’s so far refused to disclose. 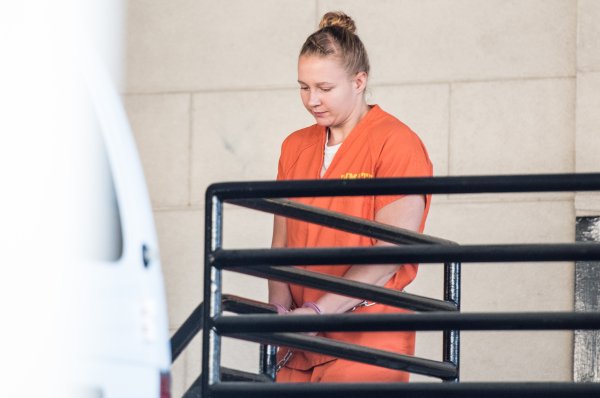 Accused Leaker Wanted to 'Burn the White House'
Next Up: Editor's Pick