My Doctor, the Concierge

It’s not like I’ve never been dumped before. Still, I was ill prepared to be dumped by my GP. For 12 years I thought we got along O.K. Now I continually ask myself, “Was I not sick enough for her?”

The first warning sign was the single-serve coffee machine in the waiting room, featuring festive flavored international coffees and chai.

I eyed it nervously. Had there been an article in an AMA journal offering hints on transforming your drab, predictable reception area into an upscale medi-café? At my next Pap smear, would I meet a barista and be offered a selection of croissants?

“No, no,” I said to myself. “Current wisdom dictates that when her practice becomes successful, she must personalize her brand.”

If this were a movie, the tone of the music cues would begin to get darker as we arrived at the day the glass display cases containing lovingly arranged bottles of moisturizer were installed. “I guess pricey moisturizers are considered medicine now,” I rationalized, wondering about the ever more porous boundaries between beauty and health.

The music cues would grow darker yet as we cut to a scene where I had the flu and found myself waiting for an appointment, surrounded by pamphlets for “facial fillers” and “injectables” like Juvéderm. If she writes me a prescription for a spray tan, I am going to walk, I thought.

But I remained loyal. She was my doctor. Her office still called to remind me about getting my checkups. She was entitled to branch out.

Then, about a month ago, I got The Letter.

“I’d like to wish you and your family a happy holiday season and a prosperous new year,” it began.

Interesting word choice, I thought. Prosperous rather than healthy.

Her reasoning became clearer as the letter went on to explain that we were all being dropped as patients–unless we paid a $5,000- or $10,000-a-year retainer for her services, depending on the plan.

“Our nation is faced with the most difficult time in the history of our health care system,” the letter went on. “As a result, I will now be transitioning my practice to a concierge medical service.”

Concierge? Another interesting word choice. Defined in the dictionary as “a member of a hotel staff in charge of special services such as arranging for theater tickets or tours. A porter. A doorman. A janitor.” Did my doctor now offer restaurant recommendations and tickets to The Lion King?

The letter explained that there would still be a charge for medical visits and that patients would still need health insurance. But the new annual fees would entitle us to a variety of rock-star privileges like “Direct access to the doctor, 24/7.”

As it turned out, the doctor was offering a two-tiered plan with levels designated Gold and Platinum. In Gold, her patients could reach her only via office phone and email. But for an extra $5,000 a year, Platinum patients’ options widened to include texting, Skype, Facetime and Google Hangout.

I admit I was impressed that someone had figured out how to monetize Google Hangout.

There were other differences between the two plans. Platinums got house calls, 20% off on Botox, a complimentary session with a fitness trainer and “prompt telephone feedback with test results by [the doctor] herself.”

Presumably the Golds, with only $5,000 extra to spend, would be called by whoever–whenever they got around to it.

Both plans, however, were eligible for “fast and easy prescription renewals” and “a dedicated support staff.” All of which I seem to recall were always an expected part of going to a regular doctor. The letter contained no information regarding the availability of complimentary lollipops.

In its new capacity as a concierge service, my doctor’s website claims, her practice will traverse a medical high wire reaching from “congestive heart failure” to “muffin top.”

It’s all making me rather nostalgic for the good old days of 2012–when I naively assumed doctors took the Hippocratic oath seriously. That oath ends, “May I long experience the joy of healing those who seek my help.”

If this concierge trend continues, perhaps they’ll update it to include “and for an extra $10,000, I will LIKE your rash on my fan page.”

Markoe won multiple Emmy Awards as a writer for Late Night With David Letterman. Her most recent book is Cool, Calm & Contentious. 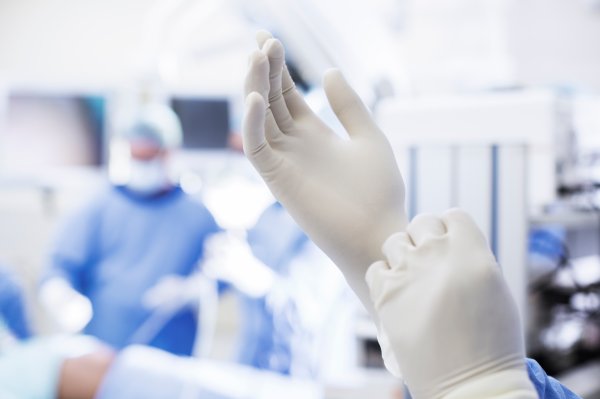