It’s been forever and a day since there was a Kingdom Hearts III sighting, much less a surprise (and surprisingly meaty) gameplay trailer dropped unexpectedly during a Kingdom Hearts Orchestra World Tour concert in Los Angeles. The third installment in Square Enix’s action-packed franchise mashup of Disney’s most beloved characters and its own Final Fantasy icons has been missing in action for more than a year — until now.

The new Japanese-language trailer halo drops series protagonist Sora into the midst of a squadron of armored Heartless (the series’ central enemies), where he proceeds to make short work of the lot employing stylish spin-leaps, hovering flip-strikes and magical powers that leave devastation in their wake. Don’t blink or you’ll miss the combo with Goofy, who first boosts Sora high into the air and is then hurled like a bomb back down to the ground, razing a mob. The trailer takes place on Mount Olympus, where Sora, Donald Duck and Goofy are helping Hercules battle as Disney villains like Hades, Maleficent and Pete banter about an enigmatic hidden item.

The teaser continues with glimpses of new areas, a gargantuan boss fight and hints of other gameplay goodies to come. The trailer then becomes a trailer for a trailer, asking viewers to tune into D23 Expo 2017 on July 15, at which point Square Enix says it will “present a new world and new trailer” for the game.

D23 has been the official Disney fan club since 2009, the “23” referring to 1923, the year Disney was founded. The D23 Expo is a biennial conference held in Anaheim, California (and once in Japan) that celebrates all things mouse house, including properties like Marvel, Pixar, Star Wars and more.

That conversely means this is probably the last we’ll see of the game until D23.

It’s also interesting to observe a company like Square Enix opting out of the traditional E3 conference onslaught, especially during the annual game show’s first stab at opening its doors to the public. Kingdom Hearts is certainly popular enough to generate scads of solo buzz, once more raising the question of whether these games benefit or suffer from being shoehorned into multi-hour conferences, loaded with content like informational firehoses. 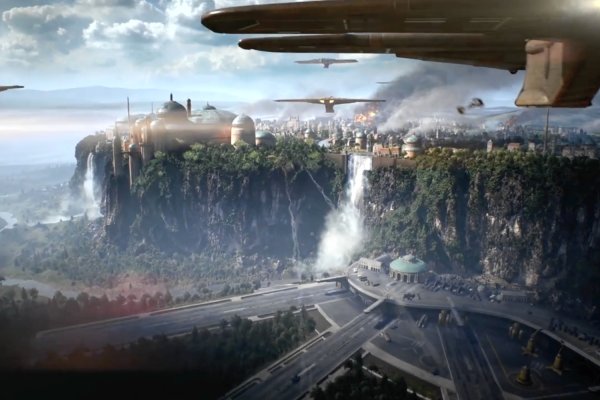 Here's What 'Star Wars: Battlefront 2' Gameplay Looks Like
Next Up: Editor's Pick