The FBI raided the home of a 91-year-old artifact collector in Indiana on Wednesday who is suspected of violating treaties and federal laws while amassing his extensive collection over a lifetime, CBS News reports.

After an FBI investigation determined that Donald Miller may have knowingly or unknowingly improperly collected artifacts, archaeologists and other experts joined authorities to begin parsing through the collection—which includes Native American items, and objects from at least nine other countries including China, Russia, Italy and Greece—and identifying which artifacts, if any, must be repatriated.

On Wednesday, an FBI mobile command vehicle and several tents were set up outside Miller’s home southeast of Indianapolis.

Special Agent in Charge Robert Jones told CBS that while the monetary value of the collection is still unclear, the “cultural value of these artifacts is immeasurable.”

Miller, who has not been charged with a crime, says he has rightful ownership of the items and is cooperating with the FBI. “I have been in 200 countries collecting artifacts,” he said according to CBS. 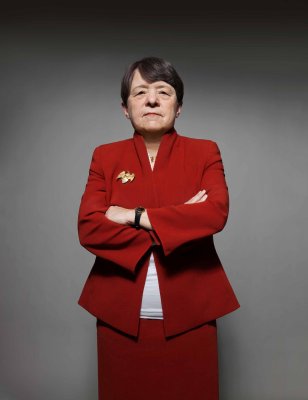