A military court in Thailand has sentenced a 34-year-old man to 35 years in prison for violating the country’s draconian lèse-majesté law, which criminalizes all perceived insult toward the nation’s monarchy.

Agence France-Presse reports that Wichai, whose last name has been withheld for the safety of his family, faced ten counts of lèse-majesté for photos and videos of the royal family that he allegedly shared on Facebook. His sentence is believed to be the harshest handed down to date of more than 100 cases of alleged royal defamation since the country’s military seized power in a 2014 coup.

A Thai legal watchdog group, iLaw, told AFP that Wichai was originally facing a 70 year sentence — seven years for each count — but his sentence was halved because he confessed to the crimes after spending a year in jail waiting for his trial.

Thailand’s lèse-majesté law is among the strictest of its kind; the legislation is ostensibly meant to protect the royal family from being defamed, but in practice is often used to suppress dissent. Violators can be sentenced to up to 15 years in prison, and complaints can be made by anyone, against anyone, at any time.

Since the 2014 coup, the junta, led by retired army chief General Prayuth Chan Ocha, has tightened restrictions on the media, on phone and Internet use. Last month the regime warned Facebook that it would be shut down in the country if it did not censor content deemed inappropriate by the Thai government. Facebook did not comply and was not shut down.

Human rights groups and legal professionals say they have seen an uptick in enforcement of defamation laws since the coup. Thailand’s array of anti-defamation clauses have also had a chilling effect on social media users and activists in the wake of last year’s death of the beloved King Bhumibol Adulyadej, who was succeeded by his son, the current King Vajiralongkorn. 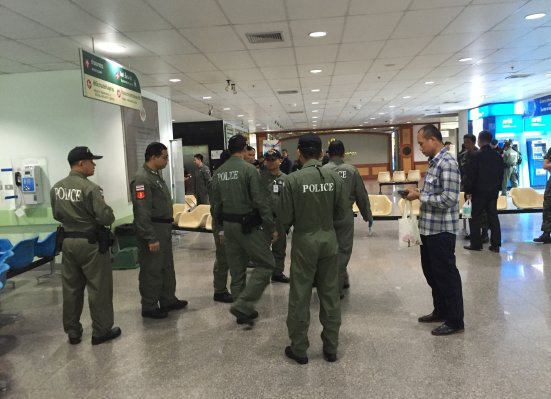