'The Ketchup Was Like a Brother to Me.' Man Holds Funeral For Dearly Departed Sauce

One English man’s story about his elaborate funeral service for a bottle of ketchup he says he lost too soon has gone viral.

A Twitter user named David Collinson opened his cabinet Saturday to discover some heartbreaking news — a never-been-opened large bottle of ketchup lost its life in a saucy explosion. Collinson immediately reached out to the grocery store he got it from, Morrisons, to let them know.

But instead of just informing them of the damaged bottle, he staged a funeral ceremony attended by a bag of chips, dish soaps and other fellow sauces — and then tweeted the photo to the store.

Collinson said he created the elaborate sendoff to get some laughs.

“The ketchup was like a brother to me, albeit one I squeezed onto chips [fries],” he joked to TIME. “I held the funeral because I’m never one to turn down the chance to add a little humor into the world. That and I’d had a glass of wine.”

The story did spread joy as social media users in England messaged him to say it gave them a much-needed laugh amid the election.

They asked for the bar code, but it was a bit late for that, because Collinson had already buried the bottle in the ground.

The grocery store offered the grief-stricken customer its condolences and the promise of closure, and Collinson was satisfied with the end result — five pounds. 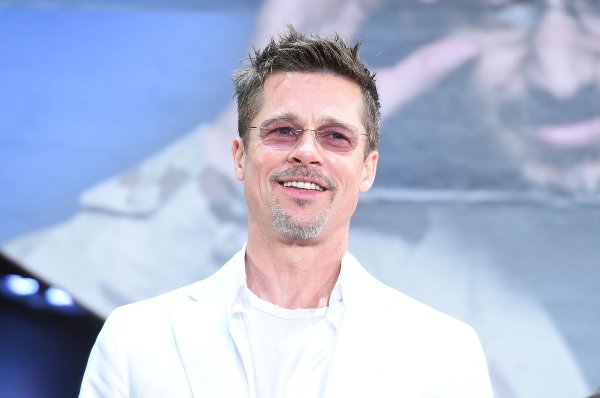 Brad Pitt Tries Second Career As a Weather Man With Hilarious Results
Next Up: Editor's Pick