It’s been around two years since the mosquito-borne Zika virus began spreading rapidly in Brazil and on to other parts of South and North America, yet experts are still trying to gain a clearer understanding of how the viruses causes severe birth defects like microcephaly — and when pregnant women are most at risk.

A new report from the U.S. Centers for Disease Control and Prevention (CDC) sheds light on the latter issue. The report, released on Thursday, reveals that about 5% of women in U.S. territories who had a confirmed Zika virus infection during their pregnancy had a baby or fetus with Zika-related birth defects.

As was previously confirmed, the new report highlights the first trimester of pregnancy as the most at-risk time for the Zika virus to do damage, though the researchers note that birth defects caused by the virus are possible at any point during pregnancy. The study authors report that among pregnant women with a Zika virus infection during their first trimester, nearly 1 in 12 had a baby or fetus with Zika-associated birth defects.

To reach these findings, the study authors looked at 2,549 women who had a possible Zika infection and completed their pregnancies. Among the pregnancies, there were 120 that resulted in birth defects from Zika.

“This report highlights the threat of Zika virus infection in pregnancy, particularly the risk of damage to the baby’s brain,” said Peggy Honein, co-lead of the Pregnancy and Birth Defects Task Force for the CDC Zika Response in a statement. “To help us fully understand and plan for Zika’s effect, we must continue to monitor babies for any problems with vision, hearing, or other disabilities.”

The new report is the largest study of its kind so far, and included data from women from American Samoa, Puerto Rico, the Federated States of Micronesia, the Republic of Marshall Islands, and the U.S. Virgin Islands. It’s also the first report with enough completed pregnancies to develop early estimates for risk during each trimester, according to the CDC. “The estimates represent a snapshot in time and the Zika pregnancy and infant registries, along with prospective cohort studies, will continue to provide essential data to better understand the magnitude of the risk of Zika infection during early pregnancy,” the agency says in a statement. 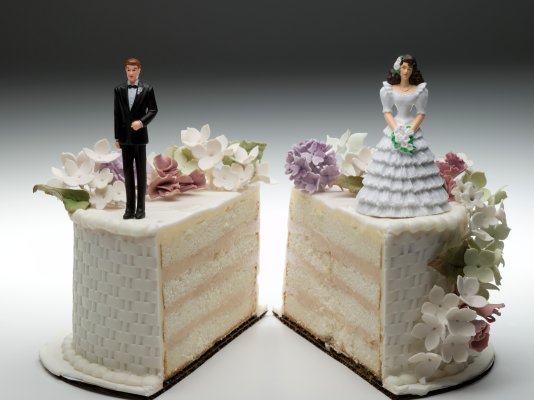 Most Divorces Happen in These Two Months
Next Up: Editor's Pick