Theresa May in Election Shock as U.K. Delivers a Hung Parliament

By Dan Stewart and Mark Leftly

British Prime Minister Theresa May gambled on a snap general election in April to bring herself a bigger parliamentary majority. On Friday morning, that bet was a disastrous miscalculation.

With final seats being counted it has been confirmed that the election has delivered a hung parliament, with the Conservatives forecast to lose 12 seats; an extraordinary turnaround from early in the campaign, when polls suggested they might gain as many as 100.

With 635 seats declared, the Tories had taken 308 seats. They are projected to amass 316 seats, according to the BBC, meaning the Tories fall short of the 326 seats required for a majority. Labour held over a dozen seats in the north of England the Conservatives had hoped to take, and also picked up seats in London and Scotland. Labour also took Canterbury, which has been held by the Tories since 1918. In Hastings and Rye, Home Secretary Amber Rudd retained her seat with a tiny majority of about 300 votes.

In Scotland, there were heavy losses for Scottish National Party, whose leader Nicola Sturgeon has called for a second independence referendum. By 5 a.m. the SNP had lost 11 seats to the Conservatives, and several to Labour, including former Scotland first minister Alex Salmond and the SNP’s leader in Westminster, Angus Robertson. In Wales, where Theresa May’s party had hoped for a breakthrough, Labour ended up taking three seats from the Tories.

Leader of the Labour Party Jeremy Corbyn called on May to resign and make way “make way for a government that is truly representative of this country” after comfortably winning his seat of Islington North with more than 40,000 votes. “You know what politics has changed and politics is not going back in its box. People have had quite enough” he said in his victory speech. “People are voting for hope and turning their backs on austerity” he added.

Shortly afterwards, May was re-elected to her seat of Maidenhead with more than 35,000 votes. She said the country needed a “period of stability” and vowed to continue her resolve. “If the Conservative Party has won the most seats and most votes, it will be incumbent on it to ensure that stability,” she said.

It’s an extraordinary failure for May and her Conservative Party and the second shock electoral result in the U.K. in the space of a year, after the E.U. referendum of 2016. The Tories would likely cling to power for now, but but will probably have to rely on support from Northern Ireland’s Democratic Unionist Party.

In the event of a hung parliament, the party with the largest number of seats would then have to either enter into a coalition with another party or — more likely — try to form a minority government.

The Liberal Democrats, who joined the Conservatives in a coalition government from 2010 to 2015, have performed better than expected, despite losing their most prominent figure, former deputy prime minister Nick Clegg.

A Labour Party staffer close to Corbyn admitted earlier that there was no prospect of victory and feared a slight outright Conservative majority even in the early hours. “A low Tory majority smells right,” he said.

But election analysts looked to results beginning to come in for signs of a stronger performance by the Labour Party. Matthew Goodwin, a political academic at the University of Kent, said at an event at the London School of Economics there was a “plausible pathway” for Labour to do well.

“We have known for 20 years that Britain is deeply divided and we know a large section of the electorate has turned to apathy,” he said. “It may well be when we digest the results that the Conservative Party has actually faced the worst of all worlds.”

The biggest impact of a hung parliament would be on Brexit negotiations, which are due to begin in 11 days’ time. Charlie Falconer, the former Labour justice secretary, told TIME that the next government will be forced to pursue a “softer Brexit” if the exit poll proves accurate. To the chagrin of Europhiles, May’s language and proposed negotiating strategy has included leaving the E.U.’s lucrative Single Market.

In the case of a hung parliament, Falconer says, “that’s the end of May and there will be another election within 18 months. This is a very substantial change of direction for the country.”

Read more: Everything to Know about the U.K. General Election

May called the election in April, only two years after Britain gave her Conservative Party a parliamentary majority under David Cameron in 2015. Britain’s vote to leave the European Union in June 2016 prompted Cameron to tender his resignation, and May took over leadership of the party and the country the following month.

Nine months into her unelected premiership, May decided she needed a mandate — ostensibly so she could go into ‘Brexit’ negotiations with the country behind her. The unspoken factor were the many opinion polls suggesting the Conservatives, or “Tories,” might win a record landslide over a weakened Labour Party opposition.

May staked her campaign on a promise of stability and consistency and condemnation of the Labour Party leader Jeremy Corbyn, a self-described socialist who commands a popular following among young liberals but not so much among his fellow lawmakers.

But as TIME has reported, the election campaign has instead strengthened the Labour Party and in particular its leftist leader, who is widely considered to have run a strong and effective campaign.

The same cannot be said for May. She was forced into a humiliating U-turn on a policy to make people contribute more to the cost of their social care only hours after releasing her manifesto. She was also criticized for a stilted and overcautious media strategy – especially when she refused to attend a televised debate with other party leaders, after Corbyn decided at the last minute to take part.

“I don’t think Brexit mattered in this election,” Patrick John Dunleavy, Professor of Political Science and Public Policy within the Government Department of the London School of Economics, told TIME. “I think the manifestos were important, and the Conservatives had a big disaster at theirs.”

The race had to be halted, twice, after terrorist attacks in the cities of Manchester and London, and the focus shifted to national security. A former Home Secretary who oversaw policing and security, May promised stronger action to tackle counter-extremism. Corbyn called for her resignation over funding cuts to the police.

But the attacks didn’t change the course of the race. Since the Prime Minister called the election, her polling lead has dropped from 20 points to just 7, according to the Financial Times. Only one poll, by YouGov, suggested a hung parliament might be likely.

Brits will find out the outcome in the early hours of Friday morning. May will either have her mandate to begin Brexit talks, or the country will enter a new era of political turmoil not even a year after the referendum vote.

– With reporting by Tara John 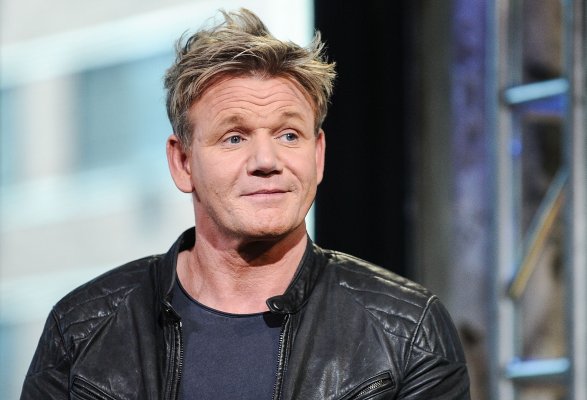