As former FBI Chief James Comey testified before the Senate Intelligence Committee on Thursday, Merriam-Webster supplied the definition for his most colloquial word yet: “lordy.”

James Comey said Thursday: “Lordy, I hope there are tapes” referencing President Donald Trump’s tweet about the possibility that his conversations with Comey were recorded, appearing to suggest they would substantiate his testimony at the widely viewed hearing.

Merriam-Webster came through in response to a query from BuzzFeed’s writer J. Lester Feder about the word “lordy,” which the reference defines as a word “used to express surprise or strength of feeling.”

As has now become the dictionary company’s regular contribution to social media, Merriam-Webster’s tweets have made headlines by weighing in on the national dialogue with tweets that spread by the thousands. This latest take garnered 493 retweets and 1,207 likes in one hour.

The dictionary later had more fun with Comey’s term “fuzz,” about possible Russian interference in the 2016 election. 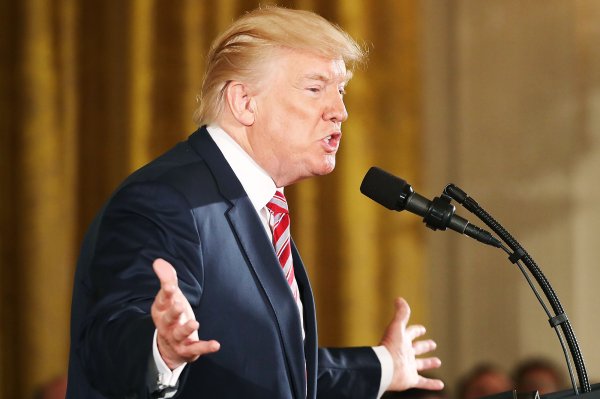 Trump Wants HIs Nominees Confirmed. He Should Appoint More
Next Up: Editor's Pick