People visit a clean energy exhibition on the sidelines of the Clean Energy Ministerial international forum in Beijing on June 6, 2017. Officials and business leaders from around the world have gathered for the clean energy ministerial meeting in the Chinese capital.
Wang Zhao—AFP/Getty Images
By Justin Worland

Just a week after President Trump announced his decision to withdraw from the Paris Agreement, China has already wrestled the mantle of leadership on climate change from the United States.

In a high-level meeting of energy ministers in Beijing this week, China played the convening role in bringing together countries from across the globe for a discussion on how to deploy clean energy. The meeting had been scheduled long before Trump’s decision on the Paris Agreement, but the timing sent a clear message about who will lead the fight to address climate change in the coming years. During the four-day meeting, China launched a number of initiatives to advance clean energy and announced partnerships with other governments around the globe to fight climate change.

“I didn’t come to Washington, I came to Beijing,” said California Governor Jerry Brown after announcing a joint clean energy effort with Chinese leadership, according to a New York Times report. “Well, someday I’m going to go to Washington, but not this week.”

The annual clean energy meetings originally began in the early days of the Obama presidency under the leadership of then-Energy Secretary Steven Chu, who hosted the first meeting in Washington, D.C. The goal was to create a forum for collaboration on clean energy apart from the annual meetings on climate change that had been occurring since the 1990s. But at this year’s meeting, Energy Secretary Rick Perry played a marginalized role, primarily promoting natural gas, nuclear energy and technology to capture carbon dioxide from fossil fuel emissions. Perry said the U.S. would continue to lead on clean energy, but he also challenged China to step up as the country has said it will.

“I hope China will step in and attempt to take the mantle away,” Perry said, according to an Associated Press report. “It would be a good challenge for them.”

China, the world’s largest emitter of climate change-causing carbon dioxide, had displayed its ambition to do just that even before Trump’s election last fall. The country has committed to reaching its peak carbon dioxide emissions by 2030, and shrinking emissions after that, even while continuing to grow its economy — and many analysts expect the country to reach that point even earlier. Officials said in January that China would invest more than $350 billion in domestic renewable power generation by 2020. The country will also expand a cap-and-trade program to stretch across the entire country later this year after operating it at a provincial level.

As Premier Li Keqiang said after Trump announced his plan to withdraw from the climate deal, “China will stand by its responsibilities on climate change.” 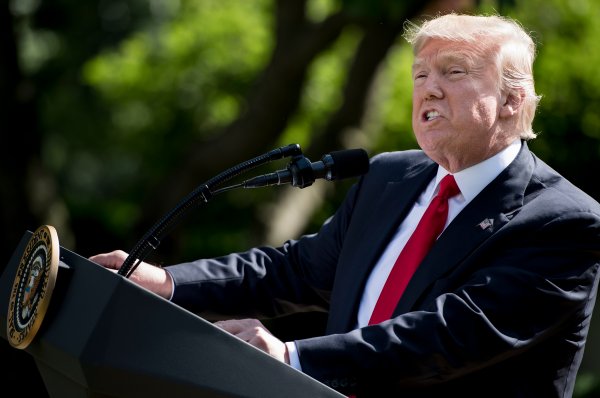 Mayors of Pittsburgh and Paris Say They Have Their Own Climate Deal
Next Up: Editor's Pick