A New Face for the Republic of Ireland

Ireland’s governing Fine Gael Party elected Leo Varadkar, 38, as its new leader. If he gains the backing of Parliament on June 13, he will become the country’s first openly gay or mixed-race Prime Minister, underscoring Ireland’s evolution from a conservative Catholic nation to a socially progressive republic. Here’s what to know about him:

Made in Ireland: The Dubliner is the son of an Indian doctor and an Irish nurse, and joined the center-right Fine Gael Party in high school. He won his parliamentary seat at the age of 28, while working as a trainee doctor. He revealed he is gay in the run-up to the 2015 same-sex marriage referendum, which the country approved just 22 years after homosexuality was decriminalized.

Right-leaning: Varadkar might be emblematic of a more liberal Ireland, but he espouses broadly conservative views. He launched a crackdown on “welfare cheats” as Minister for Social Protection, is an advocate of free markets and wants Fine Gael to be “a warm house” for those with conservative views on abortion. His views received far more attention in Ireland during the leadership campaign than his sexuality.

Full plate: Varadkar’s minority government must now tackle pressing issues of housing, health and homelessness in Ireland. His biggest problem, however, is Britain’s departure from the E.U., which will upend Ireland’s relationship with its closest trading partner and threatens to stir division across the border with Northern Ireland. 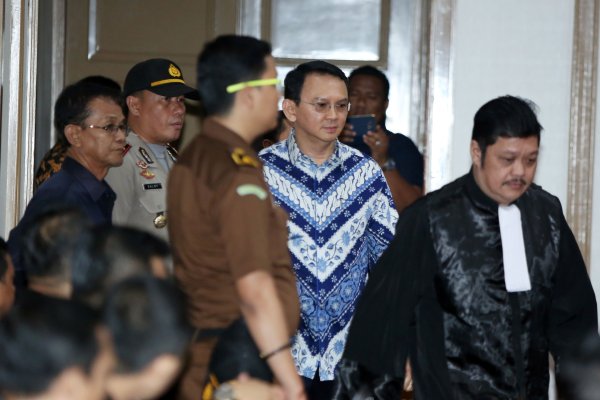 Jakarta's Ex-Governor Will Be a Target in Jail, Family Warns
Next Up: Editor's Pick