The Birth of America's Flag Obsession

Flag day might officially be on June 14, but for many Americans it’s a year-round celebration. Look no further than the countless hats, towels, bumper stickers and other paraphernalia that have been emblazoned with Stars and Stripes; recently, one Omaha teen made headlines for creating a flag out of more than 680,000 plastic bricks.

This wasn’t always the case. Most Americans used to see a flag as little more than a utilitarian marker for government buildings and military outposts. After the U.S. approved its flag design in 1777, it took nearly a century for civilians to get excited about the idea.

The turning point came in 1861, when the Civil War began. Suddenly, the flag–a military symbol of the Union–gained a new level of importance. “It has been said that when the flag came down in Fort Sumter, it went up everywhere in the North–almost like magic,” says Marc Leepson, author of Flag: An American Biography.

When the war ended, the flag became a symbol of the reconciliation effort. And thanks in part to advances in color printing and mass production, it increasingly began appearing on national products and advertisements. (Early flag-protection regulations were created only after its image started appearing on beer and whiskey bottles.) This groundswell of Stars and Stripes support was bolstered by the 1931 selection of “The Star-Spangled Banner” as the national anthem and through the 1970s adoption of the flag lapel pin by politicians. Today that fervor shows no sign of flagging. 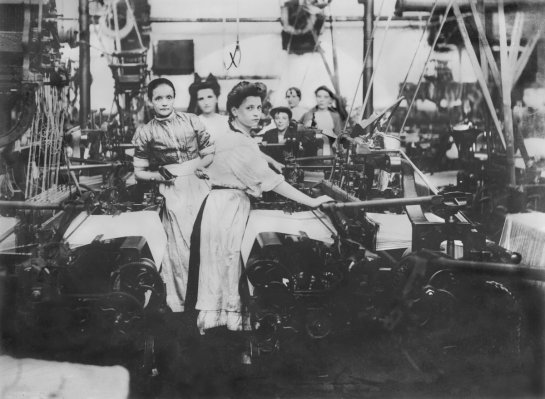 What the Women of Britain's Early Factories Did About Work-Life Balance
Next Up: Editor's Pick