A Texas teacher who laughed as she gave her junior high school students fake awards, including one for being the “most likely to become a terrorist,” no longer works for the school district, officials said Wednesday.

The unidentified instructor is now out of a job after handing out the “insensitive and offensive” certificates at a mock award ceremony inside a classroom at Anthony Aguirre Junior High at the end of May. “We have concluded our investigation, and the teacher responsible is no longer employed by the district,” the Channelview Independent School District said in a statement, according to the New York Times.

It’s unclear whether the seventh-grade teacher was fired or had quit.

Student Lizeth Villanueva, who was awarded “most likely to become a terrorist,” said her teacher chuckled as she doled out the certificates. “I was bothered,” the 13-year-old told KPRC TV. “I don’t like it.”

Another student, who is black, was named “most likely to blend in with white people,” according to Fox 26.

”For that child to either be called a terrorist or she’s not black enough, basically now the students are taking that, and that’s her label for the rest of the school year,” Latonya Robinson, the child’s mother, told the news station. 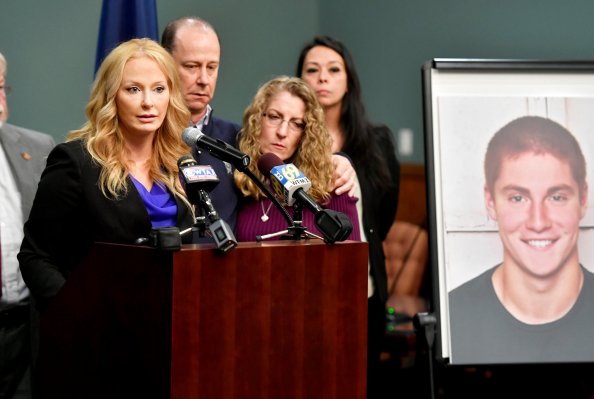 4 Ways to Crack Down on Hazing at Fraternities
Next Up: Editor's Pick