Ahead of his testimony, Comey prepared a statement for the record that he will read to the Senate Select Committee on Intelligence headed by North Carolina Republican Sen. Richard Burr. The document was posted to the Committee’s website on Wednesday.

Comey’s opening statement details several private encounters with Trump since he became President-elect up until Comey’s final conversation with him on April 11 — approximately a month before Comey was dismissed — and corroborates a number of recent reports, including accounts that Trump asked Comey to pledge his loyalty and drop the investigation into former National Security Advisor Michael Flynn.

“A few moments later, the President said, ‘I need loyalty, I expect loyalty.’ I didn’t move, speak, or change my facial expression in any way during the awkward silence that followed,” Comey writes of his January 27 dinner with Trump. “We simply looked at each other in silence.”

You can read Comey’s entire statement below: 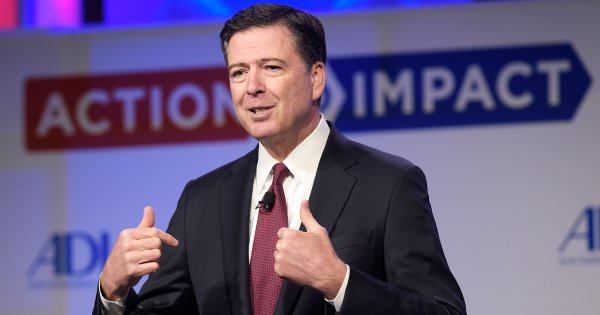 Pro-Trump Group Will Air Anti-James Comey Ad on the Day of His Testimony
Next Up: Editor's Pick