Russian Hackers May Have Played a Role in the Qatar Diplomatic Crisis, Report Says

CNN reports that U.S. officials were briefed on an FBI investigation into the alleged hacking, which the Qatari government first reported about two weeks ago. The officials reportedly said U.S. security agencies had gathered intelligence linking Russian hackers to the breach.

Russian officials have denied the allegations, the Associated Press reports. Citing the Interfax News Agency, AP reports that the Russian president’s special envoy for cybersecurity said there was “zero evidence” that the Kremlin planted false information in Qatari media.

Qatar, which hosts one of the biggest U.S. military bases in the Middle East, is in the midst of the biggest diplomatic row to hit the Gulf in years after eight Arab nations severed ties over what they say is Qatar’s support for terrorism, a claim Doha says is “baseless.”

According to CNN, U.S. officials are increasingly concerned that Russian cyber-attack methods believed to have been used to interfere in the 2016 election are being used against American allies. Similar alleged hacks and instances of the dissemination of false news articles have occurred around election time in France, Germany and elsewhere.

The U.S. news broadcaster says that the Qatari government reportedly said that a report by its official Qatar News Agency falsely cited the country’s leader questioning the political future of U.S. President Donald Trump and making friendly statements about Iran.

Qatar’s Foreign Minister Sheikh Mohammed Bin Abdulrahman al-Thani told CNN that FBI investigators have confirmed that the agency was hacked and a fake article was inserted into the agency’s system. The minister said “the entire crisis [is] based on misinformation” caused by “fabricated news.”

Whether U.S. investigators believe the alleged hackers were linked to either Russian crime syndicates or government agencies remains unclear, according to CNN’s exclusive report, though one official told the broadcaster that “not much happens in that country without the blessing of the government.”

The FBI and the CIA declined to comment on the investigation, CNN reports.

Read More: The Qatar Rift Is the Middle East’s ‘Trump Effect’ in Action

The initial group of five Gulf states — Saudi Arabia, the United Arab Emirates, Egypt, Bahrain and Yemen — cut ties with Doha on Monday. Libya, Mauritius and the Maldives later followed suit. Most air, land and sea links have been severed and Qatari nationals are being expelled from some countries in the Arab alliance. 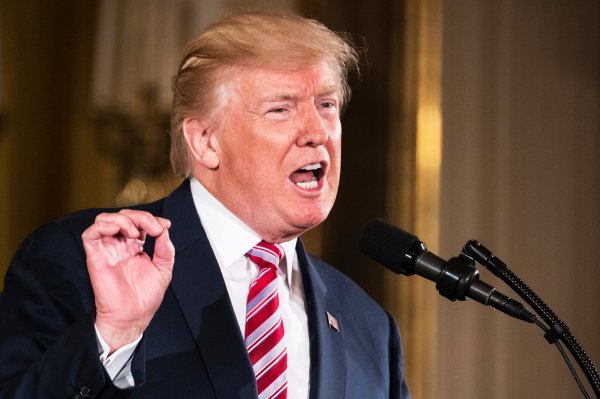 The Qatar Rift Is the Middle East's 'Trump Effect' in Action
Next Up: Editor's Pick