These Stunning Weather Photos Were Taken From an Airplane's Cockpit

Every passenger sitting in the window seat has a moment of awe, gazing out the window at the clouds and earth below. That experience is trumped only by the pilots who have front-row seats to the skies they navigate through, equipped with their own 270 degree views.

In recent years, some pilots have started investing in camera equipment to capture what they see from the cockpit, slowly redefining aerial photography. They make the best of the available downtime when their copilots take the controls.

Ecuadorian Pilot Santiago Borja usually uses the six hours of rest he gets on his 12-hour-long flights aboard a Boing 767 to photograph storms.

A storm developing over the Ecuadorean Amazonia.
Santiago Borja

Each of Borja’s flights departs from Guayaquil, Ecuador, and often travel through New York and the Caribbean, zones of considerable weather activity. He is able to spot storms from a few hundred miles away. He then shoots them from a distance of about 80 miles, getting as close as possible to stay on course but remain out of danger. “When a storm is too close to our flight path, we usually deviate no less than 20 nautical miles around it to avoid passenger discomfort from the wind shifts,” he tells TIME. Once the storm is behind the plane, large side facing windows allow Santiago to continue shooting it. WHAT?

A strong supercell is flashing near the coast of Panama City where both Pacific and Atlantic oceans meet and create the perfect scenario for storms.
Santiago Borja

Pilot Christiaan van Heijst takes a slightly different approach to photographing from the cockpit. He started 13 years ago just to show his parents what he was seeing. He then invested in better equipment to incorporate moonlight and the northern lights into his images. For the past six years, the dutch pilot has flown 747 planes for a cargo company, taking him on routes that planes full of passengers would never fly.

In his photographs, Van Heijst tries to convey what it feels like piloting a plane, showing idle and often serene moments in the cockpit. He shoots longer time exposure images in which the lights from the controls illuminate the cockpit, while the Milky Way become visible in the distance. Of course, some moments have to go un-photographed. “Often I see beautiful things I am not able to capture because I am busy flying the airplane,” he says. “It’s sometimes quite frustrating”

A show of St Elmo's fire and static discharge over the cockpit windows. When flying through active storms, the airplane gets statically charged and the result is a spectacular but harmless purple glow and series of electrical discharges.
Christiaan van Heijst

Not all clouds are created equal, says Van Heijst. “African clouds in summer make for much bigger clouds than [the ones] in Asia where they are farther from the equator,” he tells TIME. “Singapore and Hong Kong have a lot of heated water, making for a higher potential for more clouds.” 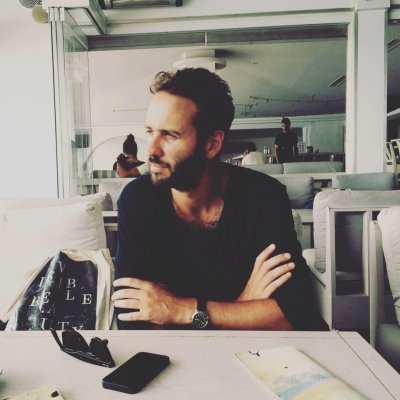 French Photojournalist Detained in Turkey Is Freed
Next Up: Editor's Pick