These Are the Best and Worst U.S. Cities for a Staycation

A mere 35 percent of Americans say they plan to take a family vacation away from home this year, according to WalletHub. (A total shame, considering all the benefits of travel.) But even if you aren’t planning to leave your own state, you can plan an epic staycation this summer.

To help people around the nation make the most of their time off, WalletHub compiled a list of the best and worst staycation cities in America.

To determine the best staycation spots, WalletHub’s analysts compared the 150 most populated U.S. cities across three key dimensions: recreation, food and entertainment, and rest and relaxation.

Each metric, WalletHub noted, was graded on a 100-point scale – with a score of 100 representing the most favorable conditions for staycationers – and calculated the total score for each city based on its weighted average. So really, the findings proved that there is something for everyone in each city, but some simply offer a bit more than others.

Still, if you’re interested in only visiting the best of the best, the top 10 cities for staycations in America include Orlando, Chicago, San Diego, Seattle, Tampa, Las Vegas, Atlanta, Portland, San Francisco, and New York City.

Orlando, for example, ranked number one overall, 13th for recreation, and 20th for rest and relaxation, perhaps because there is little rest involved when visiting Disney World.

In addition to the rankings, WalletHub also offered insights into which cities have the most swimming pools, golf courses, zoos, bars, and tennis courts per capita.

As for how to fully enjoy a staycation, Susan Barnett, assistant professor of recreation at SUNY Cortland, says it’s all about actually unplugging for a few days. “This includes informing employers, co-workers, and employees of the time off as a vacation and not saying, ‘Well, I’ll still be around,’” she said.

Barnett added that families should prepare for a staycation in the same way they would if they were traveling further away, including cleaning the house before they “leave” and grocery shopping in advance. “The best part of staycations is that you can go on one whenever you want,” she said. 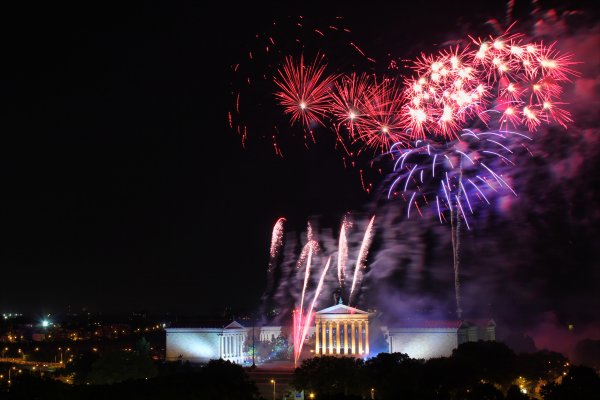 The Best Things to Do in July Across the U.S.
Next Up: Editor's Pick