In a week filled with tweetstorms, a national security leak investigation and the Senate testimony of the FBI director he fired, President Trump is trying to turn public attention toward the nation’s ailing infrastructure. After endorsing a plan to privatize the country’s air traffic control system, the President will focus on its roads and waterways in an appearance Wednesday alongside the Ohio River, one of the country’s most vital waterways. To those whose lives depend on the health of those systems, the White House spotlight is welcome—but the President’s prescriptions less so.

“It’s about damn time,” says Bill Stahlman, the director of engineering and construction at America’s Central Port in southern Illinois, referring to the president’s visit. “The waterways have been ignored for far too long. But at the same time, we want to see commitments on funding.”

Stahlman’s port, just outside St. Louis, helps move roughly $1 billion of grain, coal, steel and other commodities along the Mississippi River. It’s one of the busiest ports on the nation’s inland waterways, which transport 14% of the nation’s domestic freight each year, worth $229 billion in 2015 alone.

Read More: What Will It Take to Rebuild America?

The critical locks and dams that regulate water levels and traffic across those rivers are in poor shape thanks to years of neglect and overuse. The average age of the nation’s locks is 59 years, and more than half are past their design expectancy, which leads to delays and increased costs for shippers that often get passed on to consumers. In 2012, for example, a lock near America’s Central Port closed for days for emergency repairs. Officials estimated the cost of the stalled barge traffic at $2.8 million a day.

Many of those who stand to benefit from improving the waterways are wary of the administration’s plans, which center around incentivizing the private sector to invest in infrastructure. In his 2018 budget request, President Trump proposed a new public-private partnership to boost investment in the country’s locks and dams while also calling for the industry to double what it’s paying into an existing public-private partnership that funds the Inland Waterways Trust Fund, which was set up to pay for large-scale rehabilitation projects.

The freight industry is pushing back. Deb Calhoun, senior vice president for the Waterways Council, a trade group representing shippers and waterway groups, says it doesn’t make sense to establish a new public-private partnership when one already exists. In addition, the White House’s budget calls for a 10-year, $1.037 billion revenue proposal that Calhoun says would amount to a doubling of that diesel tax on commercial operators. The industry recently agreed to a 45% increase in the diesel tax it pays to fund the IWTF, which Calhoun says is the highest among other modes of commercial transportation.

“Those shippers are, by the way, the very folks who support Trump: farmers, manufacturers, steel producers, coal miners,” Calhoun says. “Their bottom-line will be impacted by such a proposal.”

The budget also includes specific funding for just one direct inland waterways project: the Olmsted Lock and Dam, a longstanding effort to replace several problematic locks along the Ohio River.

Trump has repeatedly called for a $1 trillion infrastructure package to repair the nation’s roads, bridges, airports, and water systems. But the current White House proposal calls for $200 billion in direct federal spending over 10 years that will theoretically spur another $800 billion in investment by cities, states, and the private sector. Few infrastructure experts share the administration’s view of the math.

At the same time, the White House is proposing cuts to a number of departments related to the nation’s infrastructure, including a 16% cut to the U.S. Army Corps of Engineers, which oversees the nation’s locks and dams.

“What is both troubling and maybe surprising, at least compared to the rhetoric, is to see this unspecified money meant to support private investment serving as a substitute for direct public investment,” says Jacob Leibenluft, a senior advisor at the Center on Budget and Policy Priorities and a former deputy director of the National Economic Council under the Obama administration. “The president has talked about a $1 trillion infrastructure package, but he’s still not really specifying how $200 billion in immediate investment is going to lever up to $1 trillion.”

Administration officials say that cutting red tape in the permitting process will help to get the investments the president pledged. Reed Cordish, a White House adviser, told the New York Times that the $200 billion direct expenditure “can equal well over $1 trillion of infrastructure investing in this country.”

Read more: America’s Infrastructure Gets a D+ in New Report

Stahlman, of America’s Central Port, says that any funding system will ultimately require money from consumers, whether it’s increased taxes or higher costs on goods like bread and energy that rely on the waterways and would require additional tolls. He’s hopeful that, at the very least, Trump’s event will remind Americans that something has to be done–-even if it isn’t what the President has in mind.

“The status quo hasn’t been working for us,” Stahlman says. “All we’ve been doing for the last couple decades is kicking the can down the road for someone else to deal with, and we’re reaching a tipping point.” 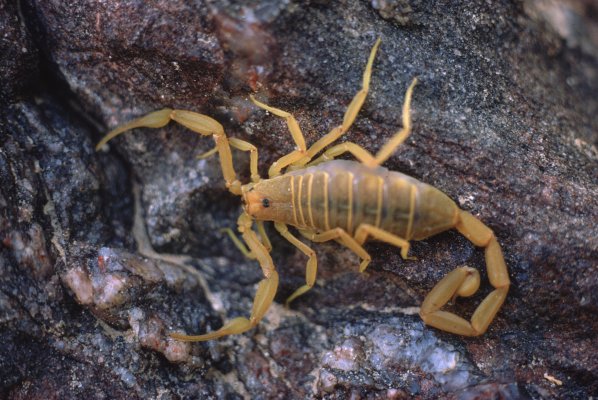 Scorpion Stings Passenger on Plane Headed to Chicago
Next Up: Editor's Pick