The reporter then inquired if Trump is concerned that his tweets could be used against him in matters like the proposed travel ban. On Monday, the American Civil Liberties Union (ACLU) said on Twitter that it might include Trump’s tweets about the ban in their Supreme Court argument. The ACLU was referencing a series of tweets from the president on Saturday in which he reiterated his definition of the executive order as a “ban,” rather than the “vetting system” label Spicer gave it earlier this year.

“I think we’ve made it clear with respect that the court should follow the law,” Spicer replied. “And I think the danger is real, the law is clear, and there’s no question that we should prevail at the Supreme Court.”

Attorney General Jeff Sessions said in May that the Justice Department would ask the Supreme Court to review the case, though no timetable has been given. 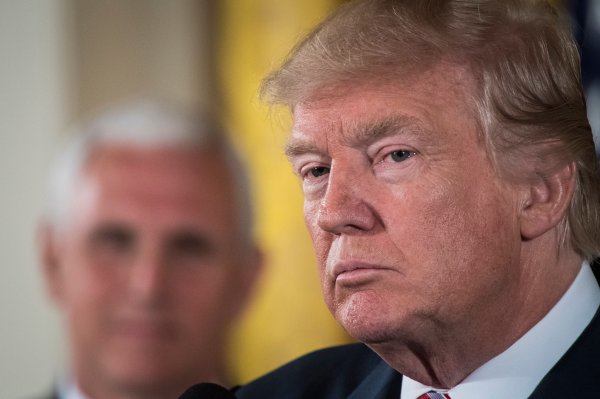 President Trump Says Jared Kushner 'Has Become More Famous' Than Him. He Said the Same Thing About James Comey Before Firing Him
Next Up: Editor's Pick