The Qatar Rift Is the Middle East's 'Trump Effect' in Action

Earlier this week, an alliance of Arab countries took the dramatic and unprecedented step of cutting all diplomatic ties with the small Persian Gulf state of Qatar.

Saudi Arabia, Egypt, the United Arab Emirates (UAE), and Bahrain say they made this move because Qatar’s government provides material support for terrorist groups like Islamic State and al Qaeda that threaten security of the entire region. Qatar flatly denies this claim.

The neighbors have done more than dismiss some Qatari diplomats; they’ve severed all relations. The four nations have closed air and sea links, and sent Qatari nationals home. Inside Qatar, which sits on a peninsula off Saudi Arabia in the Persian Gulf, the impact is already being felt. Its stock market fell by more than 7 percent on the first day of trading following the announcement. Shoppers have reportedly flooded supermarkets to grab supplies before shelves empty (the country imports about 40 percent of its food from the Saudis). Over time, growth will fall, inflation will rise, Qatari businesses will suffer, and it will become much harder and more expensive for the Qataris to borrow money. The Qatar World Cup in 2022 may even be at risk.

There’s a lot going on beneath the surface of this startling power play. For many years, Qatar has aggravated some of its larger Gulf neighbors, who blame Al-Jazeera, a TV network directed by the Qatari state, for enflaming the Arab Spring that presented a direct challenge to their governments. Egypt has accused al Jazeera of “inciting terrorism,” and the network has been blocked from broadcast in all these countries for the past two weeks. Both the UAE’s Crown Prince Mohammed Bin Zayed and the Egyptian government blame Qatar for its support for the Muslim Brotherhood inside their countries.

Most importantly, the Saudis—and Deputy Crown Prince Mohammad bin Salman, in particular—take a much harder-line approach than Saudi governments of the past to Qatar’s more nuanced relations with Iran, the Saudis’ great rival. The message to Qatar’s leaders is simple: “Fall in line or we will bury you.” They hope either to force Qatari Emir Tamim bin Hamad to abandon the independence of his foreign policy or to create conditions for a coup inside the emirate to remove him from power.

Call this the Middle East’s “Trump effect.” The U.S. president’s visit to Saudi Arabia last month made clear that Trump sees Iran as the region’s biggest problem and that, in stark contrast to Barack Obama, Trump backs the Saudis 100 percent. That emboldens Saudi leaders to push hard to reassert Saudi leadership in the region—and to bring adventurist misfits like Qatar to heel.

Will the Saudi strategy work? Qatar has little choice but to take its isolation seriously. Despite being home to the largest U.S. military base in the Middle East, the country can’t expect much support even if the emir calls Donald Trump for help — as the U.S. President made clear in his tweets on Wednesday morning. 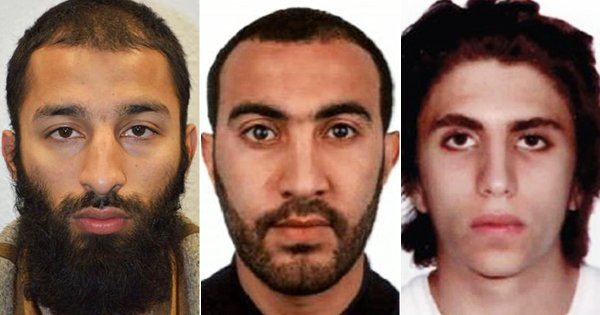 What to Know About the London Attackers
Next Up: Editor's Pick