Those racial disparities also existed when controlling for the age and sex of the driver and severity of the offense leading to the stop, according to the study, which was published in Proceedings of the National Academy of Sciences Monday.

Researchers looked at words and phrases in officers’ speech including apologies, formal or informal titles, asking the driver to put their hands on the wheel and positive and negative words among others. They picked out 414 types of words and phrases altogether and had participants rate how respectful or disrespectful they were. The study analyzed officers’ language using footage from body cameras worn by police in Oakland, Calif. It looked specifically at footage from routine traffic stops over the month of April 2014.

The Stanford researchers also said their findings could not speak for all officers and traffic stop situations.

“Using only a small sample of individual utterances makes it impossible to study how police treatment varies over officers, or how the interaction progresses across time in each stop,” researchers noted in their findings.

Stanford University released findings on police interactions with black and white people in the community in 2016, which found black people were more likely to be handcuffed, searched or arrested. 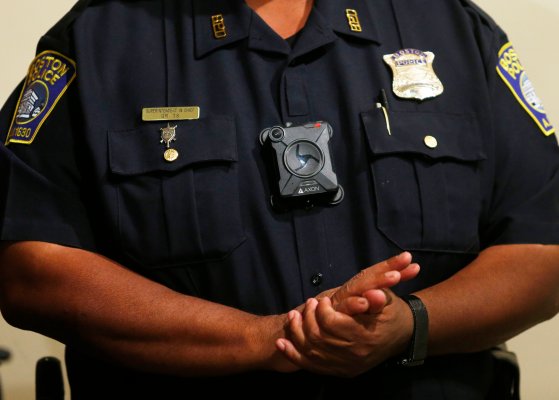 Body Cameras Help Everyone — Including the Police
Next Up: Editor's Pick