Eight-year-old Milagros “Mili” Hernandez looks like an 11-year-old when she glides past opponents on the soccer field. But to some, she merely looks like a boy due to her pixie haircut — which cost her team a spot in the finals of a Nebraska tournament last weekend.

Organizers of the Springfield Soccer Club girls tournament in Omaha disqualified Mili and her team because officials insisted that she was a boy, Nebraska NBC affiliate WOWT reported. Someone had noticed her short hairstyle and complained that there was a male on the Azzurri Achurros, the team full of 11-year-olds that Mili plays for thanks to her advanced talent.

Her father, Gerardo Hernandez, tried to dispute the claim. He grabbed Mili and her insurance card — which lists her gender — and headed to the tournament field to clear up the confusion. But the game’s officials weren’t hearing it.

“They didn’t even want to take [the card],” Gerardo told the Washington Post. “They told us the thing was decided.”

An Azzurri club representative said the complaint gained traction because there was a typo on a registration form that listed Mili as a boy, according to the Post. But another form had her correct gender — and Mili had already been playing for the all-girl team for some time, so the disqualification came as a shock.

Especially to Mili. She cried upon hearing the news, her family told WOWT.

“Just because I look like a boy doesn’t mean I am a boy,” she said to the station. “They don’t have a reason to kick the whole club out.”

Springfield Soccer Club organizers did not immediately respond to a request for comment.

But there was a silver lining, despite the ordeal: two of the biggest legends in the history of U.S. women’s soccer heard of the story as it made national headlines, and they consoled Mili directly.

And Abby Wambach, another gold medalist and World Cup winner who holds the international record for goals scored by both women and men, offered some words of encouragement to the young athlete.

“Mili, don’t EVER let anyone tell you that you aren’t perfect just as you are,” she tweeted. “I won championships with short hair.”

She also took to Instagram to record a personal video message for Mili.

“You’re a natural-born leader, honey,” Wambach said. “I’m so proud of you.” 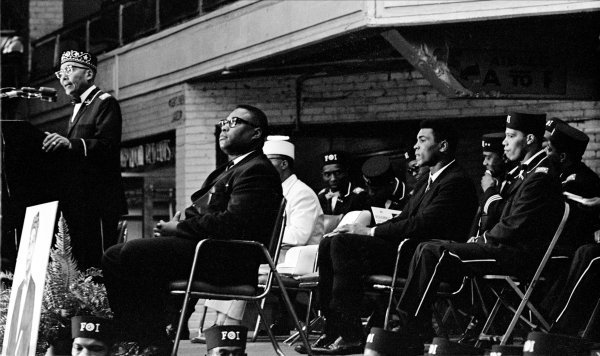