The Truth About Weight Gain and Pregnancy

When it comes to gaining weight during pregnancy, there’s an ongoing debate about what’s healthy. Current guidelines from the Institute of Medicine (IOM) recommend different weight-gain ranges for women—anywhere from 11 to 40 lbs, based on their pre-pregnancy body mass index (BMI). But there is enormous variability in weight gain between women, and some experts argue that the risks of going outside of those ranges are overblown, especially when you take into account the affect that weight pressure can have on women’s mental health.

It’s been known for some time that in general, weight gain during pregnancy is related to the size of a baby. Public health guidelines often call out the link between weight gain that falls outside of the recommended guidelines and the chance of having a baby that’s small for its gestational age or large for its gestational age. Having a baby that falls into these categories can be associated with certain outcomes, like a baby with difficulty breathing or regulating blood sugar—though their health outcomes down the line tend to be just fine.

A 2000 study that followed over 1,000 babies that were born small for their gestational age into adulthood reported that while they had lower academic achievement than adults who were normal for their size at birth, “there were no long-term social or emotional consequences…these adults were as likely to be employed, married, and satisfied with life.”

“If anything, you should probably be more concerned about gaining too little weight than too much,” writes Emily Oster, a professor of economics at Brown University and author of Expecting Better, on the subject of pregnancy weight gain. “But, mostly, chill out.”

A new study published in the Journal of the American Medical Association (JAMA) confirms that the vast majority of women gain either more or less than the IOM recommends. The researchers conducted a meta-analysis of studies that included data from 1.3 million pregnancies and discovered that 47% of women gained more weight than the IOM recommends and 23% gained less than what’s advised. Whether that was cause of concern, medically speaking, depends on how you interpret the rest of the findings.

In general, the risks for the birth outcomes are low, though the study authors point out that they can affect a high number of births. Since more weight gain was associated with higher chance of c-section, and 47% of the women in the study had weight above the recommendations, that could translate to 24,000 more C-section deliveries per year in the U.S., according to study author Dr. Rebecca Goldstein, an endocrinologist at the Monash Centre for Health Research and Implementation.

MORE: Does Taking Antidepressants During Pregnancy Cause Autism?

However, the study does not prove that the mother’s weight gain—whether too much or too little—is what caused the health-related outcomes. “Are women underweight because they are sick, smoking or have an eating disorder?” says Dr. Mary Jane Minkin, a clinical professor of obstetrics, gynecology and reproductive sciences at Yale School of Medicine (who was not involved in the study). “There are many medical conditions that people can have. It’s hard to say what’s causative and correlative in these studies.”

Even though the study showed that 70% of women do not gain weight within the recommended range, Teede says that’s not a failure on the part of pregnant women, and that it’s their doctors who should pay close attention to the findings. 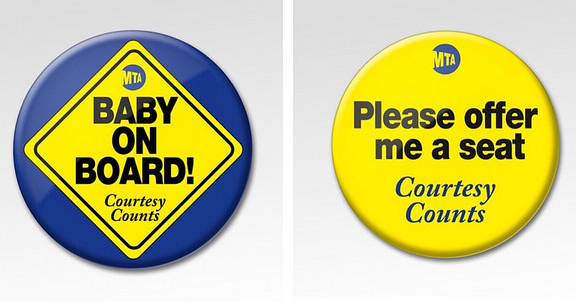 New York City's Subway Is Giving 'Baby On Board' Buttons to Pregnant Women
Next Up: Editor's Pick