In one of its most jam-packed events ever, Apple made a slew of announcements during its Worldwide Developers Conference on Monday.

Some involved incremental changes to hardware and software, while others provided a glimpse at where Apple believes the future of computing is headed.

Here’s a recap of Apple’s most important announcements at WWDC 2017.

As per usual, Apple dedicated a significant portion of its WWDC keynote to the new software features coming to the iPhone and iPad.

In iOS 11, iPhone owners will be getting a new Venmo-style option for sending money to friends via Apple Pay, a redesigned control center, a refreshed Apple Music app with more social features, a new Siri with a natural-sounding voice, and an improved Do Not Disturb feature designed to prevent distracted driving, among other additions.

Apple is now battling with Amazon and Google for control of your living room. The company unveiled the HomePod, a speaker with Siri built-in that’s powered by the same processor found in older iPhones. It will launch for $349 in December, making it noticeably more expensive than the standard $179 Echo and $129 Google Home.

As is the case with these aforementioned rivals, owners will be able to control the HomePod with their voice, asking Siri to check the weather, provide traffic updates, control smart home devices, and send text messages. Apple is promoting the HomePod as a cross between a dedicated home assistant and a high-end speaker, saying it can adjust its audio output depending on the size of the room it’s in.

Despite consecutive quarters of slumping shipments, Apple made it clear on Monday that it remains dedicated to the iPad.

The company is releasing new iPad Pro models in both 10.5 and 12.9-inch sizes, marking the first time Apple has released a 10.5-inch tablet. The smaller version will start at $649, while the larger starts at $799; both will start shipping next week.

The two new iPads will feature a new screen with ProMotion technology, which the company says should offer a faster refresh rate of up to 120Hz to make tasks like scrolling and using the Apple Pencil feel smoother. Both tablets are also getting a new A10X Fusion processor that the company says makes them 30% faster than older iPads running on the previous A9X chip.

There are also noteworthy changes coming on the software side. Apple’s iOS 11 will bring new features that could make iPad Pro tablets function much better as a laptop replacement, such as a new app for managing files, a customizable on-screen dock, faster multitasking, and drag-and-drop capabilities.

Apple CEO Tim Cook has teased for months that the company is serious about augmented reality. Monday’s presentation provided the first real evidence of that as the company debuted ARKit, a new suite of tools for developers to help them create AR apps for the iPhone and iPad.

During a demo at WWDC, Apple showcased software that could place virtual objects on a real-world table via the iPhone’s camera. A digital lamp and coffee cup even generated shadows when the light was turned on and off during the demonstration. The announcement comes as companies like Facebook and Microsoft have been aggressively pushing into the augmented reality space as well.

Apple refreshed its entire Mac hardware line at WWDC, introducing a flashy new iMac Pro with an 18-core processor and 22 teraflops of GPU performance, an iMac with better graphics and faster processors, and MacBook and MacBook Pro laptops with speed boosts of their own.

On the software side, Apple announced the next big update to the Mac, called macOS High Sierra. It supports the Apple File System, which should make tasks like duplicating files much speedier, a new version of the Metal API, and a new sidebar in the Photos app for quicker access to editing tools and albums, among other enhancements.

The Apple Watch will soon be getting an update that brings new watch faces, additional fitness features, and other changes. One such watch face will use Siri to serve up information it thinks is relevant based on the time of day. For fitness fanatics, Apple is adding the ability for the Watch to exchange data with gym machinery in real time to gather more accurate data. 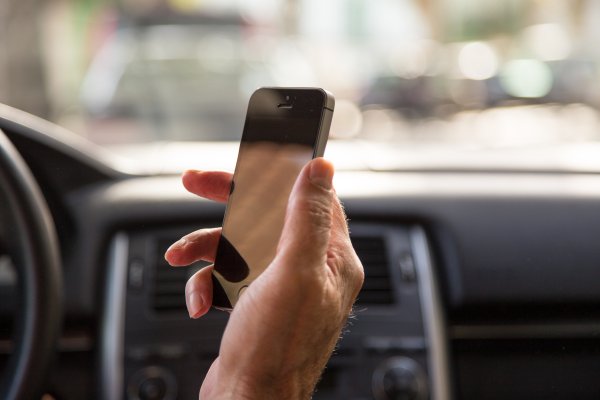 The iPhone's Best New Feature Does Nothing At All
Next Up: Editor's Pick