A New U.S. Environmental Alliance Is Trying to Take Trump's Place on the World Stage

President Trump’s decision to withdraw the U.S. from the Paris Agreement on climate change put a nail in the coffin of formal American leadership on global warming. Once the move is official, the U.S. will play no role in the international process of setting targets to reduce greenhouse gas emissions and reporting progress to the global community.

Rather than let that happen, a large coalition of American cities, states, businesses and educational institutions are launching something akin to a shadow government, intended to take America’s place on the global climate stage. The group We Are Still In, which was announced Monday, could submit their own targets to the United Nations and report on their progress alongside the formal commitment from the U.S. federal government.

“The current executive branch… can, and will, speak to its own willingness to move forward on climate action in the United States,” former New York Mayor Michael Bloomberg, the UN special envoy for cities and climate change and an organizer of the effort, wrote in a letter to the UN climate change body announcing the new group. “It cannot, however, determine the pace of progress achieved by U.S. cities, states, the private sector, and civil society. That freedom to lead is part-and-parcel of our federal system.”

Bloomberg has also committed to paying the U.S. contribution to the U.N. Framework Convention on Climate Change, the body that oversees international talks on global warming.

The U.S. committed under President Obama to reduce greenhouse gas emissions by as much as 28% by 2025, but researchers now predict they will fall no more than 12.6% with Trump’s rollback of environmental regulations. Officials from the more than 1,000 groups represented in the new coalition believe they make up a substantial portion of that difference. Among the signatories are hundreds of cities, the most populous states including New York and California and Fortune 500 corporations like Microsoft and Target.

Many of the group’s members sought to show their commitment to greenhouse gas emissions reductions since the months leading up to the Paris Agreement, but those efforts tended not to involve the full cross-section of local governments, corporations and nonprofit institutions. The new coalition aims to advance that work on a far larger scale.

“The existence of these coalitions of the willing is nothing new,” says Paul Bodnar, who served as senior director for energy and climate change at the National Security Council under Obama and is now with the Rocky Mountain Institute. “What’s new is working together and the second is aggregating and projecting the importance of that action to the international community.”

The group faces significant challenges before it can formally report on its progress to the U.N. Such measurements can be difficult to tabulate, a challenge complicated by the overlapping nature of many of the entities. It also remains to be seen how the large group will deal with competing personalities all of whom may want to be seen as the face of U.S. efforts to address climate change.

Still, the effort has potential to repair some of the nation’s standing among those fighting against global warming around the world. “I am so moved and enthused that so many states and enterprises in the United States of America want to travel this path with us,” said German Chancellor Angela Merkel, according to the New York Times, after Trump’s announcement. “We will travel it together.” 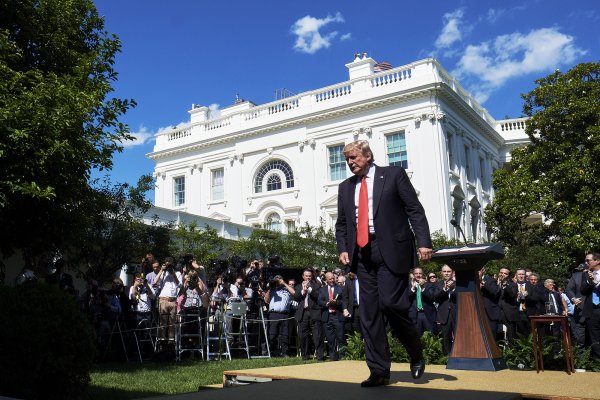 The U.S. Will Lose Power
Next Up: Editor's Pick