Bob Dylan has delivered a lecture for his Nobel Prize the way he’s lived his life: on his own terms.

The announcement that the legend had won the Nobel Prize in literature last October met with mixed reactions. Members of the literary community debated whether the lyrics to popular music deserve to be honored by the same award that has recognized writers like Toni Morrison, Saul Bellow and Ernest Hemingway. Now, in a 27-minute speech recorded on Sunday and released on Monday by the Nobel Foundation, the artist ponders that very question.

The talk comes in just under the wire: Dylan’s deadline to present a lecture, at the risk of losing his prize money, was June 10.

“I got to wondering exactly how my songs related to literature,” he begins in the recording. “I wanted to reflect on it and see where the connection was.”

After speaking about some of his early influences, including Buddy Holly, the award winner discusses the ways in which three classics, Moby-Dick, All Quiet on the Western Front and Homer’s The Odyssey influenced his work. He then offers some insight into what set his music apart. “Folk lingo was the only vocabulary that I knew, and I used it,” he says. “I had principles and sensibilities and an informed view of the world.”

But does his contribution to the American songbook qualify as literature? Though he doesn’t offer a definitive answer, he doesn’t hesitate to point out one important distinction.

“Songs are unlike literature. They’re meant to be sung, not read,” he says, asking listeners to experience his lyrics “the way they were intended to be heard: in concert or on record or however people are listening to songs these days.”

Listen to the lecture above. 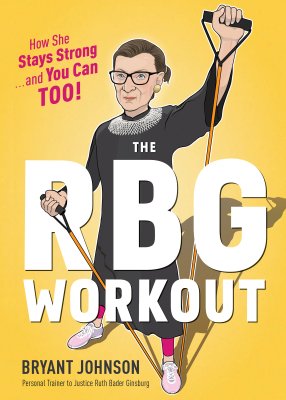 Ruth Bader Ginsburg's Workout Routine Gets Its Own Book
Next Up: Editor's Pick