Soon You Can Send Money to People Directly in iMessage

LONDON, ENGLAND - JULY 14: In this photo illustration, an iPhone is used to make an Apple Pay purchase at The Post Office on July 14, 2015 in London, England. From today iPhone and Apple Watch owners can use their device to pay for purchases at retailers who support the new mobile wallet service Apple Pay. (Photo by Peter Macdiarmid/Getty Images)
Peter Macdiarmid—Getty Images
By Lisa Eadicicco

Apple on Monday unveiled a new peer-to-peer payments system for its Apple Pay service, putting it in competition with the PayPal-owned Venmo.

The service will launch with Apple’s next software update for the iPhone and iPad, called iOS 11. With the new payment capability, which Apple says will be launching as an iMessage app, users will be able to send and receive money right within a text conversation. Apple device owners will have the option to authenticate their transaction through Touch ID.

When receiving money, those funds will go into a user’s Apple Pay cash card. From there, he or she can either send that money to other contacts, make Apple Pay purchases, or transfer it to a bank.

The service will be available for iPhone, iPad, and the second generation Apple Watch.

The announcement comes after Recode reported that Apple had been working on a service to rival Venmo back in April. 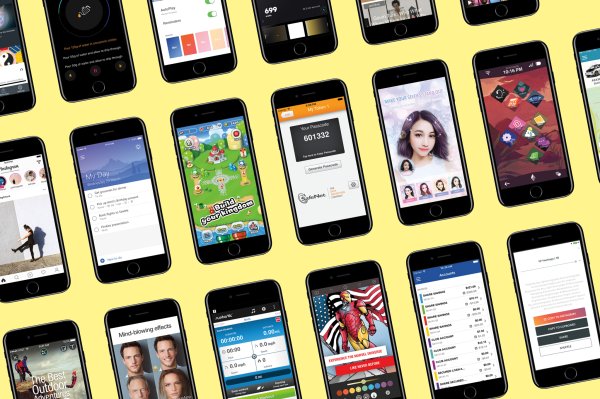 The 25 Best Apps of the Year So Far
Next Up: Editor's Pick