Bernard Coleman is Uber's head of diversity, having taken the job in January after holding the same post for Hillary Clinton's presidential campaign.
Courtesy of Uber
By Katy Steinmetz

Bernard Coleman jokes that his first week on the job at Uber was all he got as a “honeymoon period.”

He had logged little time as the company’s new head of diversity this January — the same job he did for Hillary Clinton’s presidential campaign — before the hashtag #DeleteUber began trending. But while that PR firestorm (related to Trump’s controversial immigration order) was the start of months of tumult for the company, it was also proof to Coleman that he had chosen the right gig following an intense election. “The only difference between Uber and a campaign is campaigns end,” he says.

TIME spoke to Coleman in late May for a feature on diversity and inclusion in Silicon Valley, and while he declined to comment on the investigation into Uber’s workplace practices being carried out by former Attorney General Eric Holder’s law firm, he did talk about his own assessments of the company. Though Uber has acknowledged, repeatedly, that parts of its culture are “broken,” Coleman says the culture isn’t as “toxic” as it often appears in the media: “I don’t think could get this big or survive if it were so toxic. It would destroy itself.”

Some have wondered whether the company is toeing that line. After the conclusion of Holder’s investigation into issues such as sexual harassment, discrimination and retaliation, the company announced on Tuesday that CEO Travis Kalanick would be taking a leave of absence. The company’s board also voted unanimously to accept the 47 recommendations for change that the investigation yielded, one of which is all about Coleman.

The head of diversity and inclusion should be “empowered,” with Coleman reporting directly to the top leadership of the company and his team communicating regularly with leaders as well as rank-and-file staff. “This action,” the report explained, “is intended to reflect the elevated status of this role and demonstrate the company’s commitment to this issue.”

While Coleman has some nice things to say about working at Uber, he also emphasizes that employees don’t feel as “supported” and “safe” as they should. As the headlines have kept coming, Coleman has had to put on hold some goals he came in with, like increasing the diversity of the company’s suppliers, to deal with more immediate issues like making sure first-time managers understand what inclusion looks like.

“You’re always pulling from the same toolbox, you’re just trying to figure out what tools to use,” Coleman says of adjusting his tactics. “You might have wanted to use a hammer before, and now you need a screwdriver.” Or a bigger hammer, perhaps? “Or a sledgehammer.”

Here are some excerpts from the conversation TIME had with Coleman as the Holder report was still being completed, in which he discusses diversity in Silicon Valley, why it’s a “magic moment” to come work at Uber and what he thinks of the CEO he familiarly refers to as “TK.”

(The following has been edited for brevity and clarity.)

TIME: When you started this job, what did you think were going to be your biggest challenges?

Bernard Coleman: First of all, I like to make assessments, so I understand what’s going on. I don’t want to come in and be prescriptive, not understanding what’s under the hood. So it was really just meeting with everybody I could and getting them to be just as fruitful and honest as they could be … The assessments basically told us that people wanted to feel supported, safe and committed. They wanted to feel respected working here at Uber. That was the main thing. And I think that’s something everyone can get behind.

How did all the media scrutiny affect your first months on job?

When #DeleteUber happened, I thought this is the perfect job for me, because it’s like a campaign. It’s intense, we’re smart people, it’s mission driven. The only difference between Uber and a campaign is campaigns end … And as each thing came about, we were refining the plan.

Do you think the amount of scrutiny that Uber has been getting for diversity issues is fair?

No. … On the campaign, we had to contend with [scrutiny]. As we’d scale, people would say, ‘Look at them, they didn’t move the needle at all.’ It’s like, if you look at how we’re scaling and how difficult it is to even maintain your diversity numbers, let alone increase them … It can be disingenuous, in terms of understanding.

So moving the percentages becomes difficult.

More and more difficult. I wish people would call that out. But I understand we should do better, and Silicon Valley has been known for not doing so well. Working here at Uber, I think we can do better.

The industry as a whole has gotten a lot of scrutiny on diversity and inclusion issues. Why do you think that is?

For one, you have these talented and smart people and they’re solving all these other things and creating these wonderful innovations, products. You would think they could solve for this, if they put some of their effort into it … And I really do think it’s about scale. You start off with a small thing where you’re working on a product and that’s where all your focus is … If we need to get this thing launched or hit this city, that’s the priority. If my thoughts are on that, those other things fall by the wayside … You think of it as — I’ll get to that, I’ll get to that. And next thing you know, it’s a much bigger thing than you could have anticipated. And I don’t think it’s unique to Uber or Silicon Valley. I think it’s a general problem.

A word that has been used to describe the workplace culture at Uber is “toxic.” What do you think of that assessment?

I read Glassdoor and all those different things before I came in, to make sure: What am I stepping into? But then I met staff who were super enthusiastic. I was happily surprised. I was like, wow, you all care. Every day people are hitting me up with ideas. The enthusiasm is there, I just think people were looking for a direction … More people here care about it than what is reported externally.

So you don’t think it’s toxic?

I don’t think it’s toxic. I don’t think could get this big or survive if it were so toxic. It would destroy itself.

One thing some tech companies have struggled with is that, inadvertently or not, they’ve turned out to be places where young white males have a better chance of success. Has Uber’s culture been that way?

If it’s built that way, in the beginning, if you’re a venture capitalist, and you’re a small group, then you suffer from culture myopia. You can’t see it. [Unless] you expand your circles, you’re not going to understand or fully appreciate how that culture is impacting others … That is why Silicon Valley is structured that way, just because when it first starts, maybe that core group is not extremely diverse. So we’re all sharing the same world view, and I’m not going to see the issues a black person or a woman might encounter, because it’s just not my reality.

How important is the CEO in setting a tone about diversity and inclusion?

How have Travis Kalanick’s actions contributed to the problems you’re grappling with now?

Whenever I’ve talked with him, he’s totally committed. He’s like ‘What can we be doing? What do you think we should be doing? What do you need?’ … I’ve worked in other places where people are like, ‘I don’t understand diversity’ or ‘Why is this important?’ I have not encountered that here. That was something that I was, again, happily surprised about.

In terms of Uber’s first diversity report, released in March, what did you see as the most promising numbers and the most troubling numbers?

I was surprised that our women levels were that high … It’s 36.1%. We’ve got 13.9% to get to at least parity. So obviously there’s way more to do, but that was a happy surprise. Then our diversity numbers were like 50% people of color. Even though it’s over-indexed in some areas, that still was very surprising. Another one was our African-American numbers were actually much higher than [other companies in the tech industry] … I would like to see more women and people of color in leadership. That’s one thing that’s critically important, trying to build leadership pipelines to help folks.

Based on your assessments so far, what are the biggest challenges for women working at Uber?

Just feeling safe and supported. You want to know there are opportunities. You want to know you’re going to invest in me. You want to make sure I’m advancing. It’s called promotional velocity, that I’m getting promoted at the same rate as others, so that when I look to my left and my right at my peers, we’re in the hunt. … I don’t think [it’s any different for women than for men]. I just think it’s different levels and intensity. People of color, same things. Everyone’s feeling the same things.

Has the media attention created more challenges for you in terms of recruiting and hiring?

Right now, we need these talented folks to come aboard and this is a very unique time. We’re going to turn the corner and we would love to have them here. But at the same time, [the articles one reads] makes it scary. No one wants to feel unease. They want to feel like ‘This is the best idea I ever had.’ … Internally, people are really pumped and they’re really happy, so it’s always surprising how it feels inside versus how it’s externally reported. It’s a bit of cognitive dissonance … It’s like the stock market. People are wanting to sell, sell, sell when you should be buying. Everyone should be trying to come here, because this is the magical moment I think. This is the window of opportunity.

Your old boss, Hillary Clinton, came to San Francisco and called out Uber as an example of the tech industry not being inclusive enough of women.

We are an interesting case study. I don’t think she’s wrong. We should be doing better. We should be working harder at this. And now that we, as an organization, have had a collective ‘aha’ moment, we now know what we should be doing and doing better. [We’re] not looking for a magical solution, like one training or workshop that is going to fix it all. It has to be continuous. It does not end. If it’s a car, you have to put oil in it, you have to maintain it, you have to put the work into it, if you want your car to run. And it’s the same thing here. 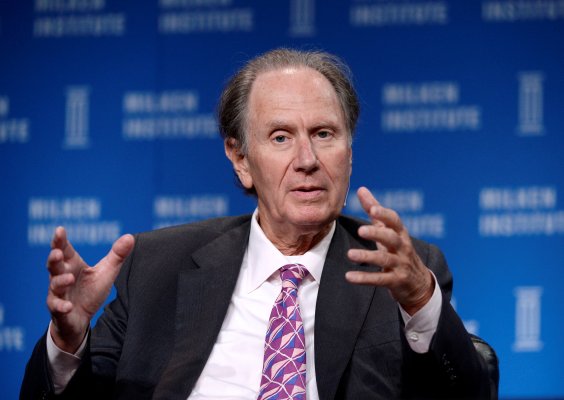 Uber Board Member Resigns After Making a Sexist Comment
Next Up: Editor's Pick