4 Ways to Crack Down on Hazing at Fraternities

Universities are facing increasing pressure to bring fraternity hazing under control following a series of recent tragedies. Two fatal cases in particular — a Baruch College student who was forced to run blindfolded across a frozen yard while being tackled by fraternity members, and a Pennsylvania State University student who was urged to drink heavily and fell down a flight of stairs, which both recently resulted in criminal charges — have sparked growing calls for universities to take stronger action.

“There’s more outrage than I’ve seen in the long time,” said Hank Nuwer, a professor of journalism at Franklin College who has researched and written extensively about hazing.

On June 2, the university unveiled a set of reforms aimed at combating hazing in fraternities, moving toward what it called a “fundamental shift” in the Greek system. The university pledged to take “unprecedented” control of the misconduct adjudication process for the Greek system, ending the self-governance of the school’s inter-fraternity council, but did not set a timeline for when that would happen. The initiatives also include a zero-tolerance policy for hazing involving alcohol or physical abuse and a delayed recruitment and pledging process.

But a lawyer representing the Piazza family criticized the lack of precision and detail in the resolution, which was passed by the Board of Trustees.

“It is an aspirational proposal on paper, not a declaration of policy which will go into force at Penn State now or at any time in the foreseeable future because there isn’t even a date attached to it, let alone any concrete directives,” Tom Kline said last Friday. “As of today, fraternity life is the same as Feb. 2, 2017. There has been no change.”

What could lead to change? As universities consider the longstanding problem of hazing, here are a few measures that experts think could help solve the issue for good:

Universities need to do a better job of investigating more minor hazing incidents and enforcing consequences before there’s an incident in which a student is injured or killed, said Gentry McCreary, a consultant for the National Center for Higher Education Risk Management, an education law firm and consulting group, who has investigated and researched hazing during his career in higher education.

“It’s easy to crack down and really come in and do things like this when you’ve got an injury or a death,” McCreary said. “Campuses are not good at investigating lower-level cases of hazing that do not result in injury or death but might boil to the surface.”

At Clemson University, for example, Tucker Hipps died in 2014 after falling off a narrow bridge railing that he was forced to walk on during a fraternity event and plunging into a lake. Before that incident, the fraternity had a tradition of requiring pledges to jump off a bridge into that lake and swim to shore, according to a lawsuit filed by Hipps’ family, CNN reported.

Hazing incidents that don’t result in serious injuries are easier to ignore, but McCreary said universities should be diligent about responding to all reports of hazing, no matter how severe.

End the practice of pledging

Several universities have delayed the pledging process from the fall to the spring semester, aiming to give new students more time to get acclimated on campus before deciding whether to join a fraternity.

But McCreary said that doesn’t do anything to diminish the pervasive culture of hazing. He would rather see universities ban pledging altogether, eliminating a trial period with a power dynamic that he said “brings out the worst aspects of human nature.”

Piazza was a fraternity pledge when he died, as was 18-year-old Chun Hsien Deng, the Baruch College student who died after a 2013 fraternity hazing ritual, in which he was forced to run blindfolded while carrying a heavy backpack and being tackled.

Ending the pledging process “would be a drastic change that would actually be well-designed to address the issue,” McCreary said.

He recommended that fraternities have an exhaustive recruitment period and then immediately bring new members into the organization, which is what Sigma Alpha Epsilon decided to do in 2014, when the fraternity eliminated the practice of pledging at all of its chapters.

“What other type of organization do you join that has this lengthy trial period?” McCreary said. “I can’t think of a civic organization, even country clubs, social groups — you pay the dues, you pass the background check, you’re in.”

Schools should focus resources and funding on hazing prevention methods that engage the entire college community, from students to faculty to alumni, said Elizabeth Allan, a professor of higher education at the University of Maine who has researched hazing.

“We’ve typically seen that responses to hazing are reactionary,” she said. “It would be really impressive to see a plan that was comprehensive in nature, research-informed and sustainable.”

She wants universities to be more proactive about providing mandatory trainings on hazing, including orientation sessions, and be more transparent by consistently collecting and reporting data about how they respond to hazing.

Require fraternity houses to be alcohol-free

Given the role alcohol often plays in hazing deaths, Nuwer, the Franklin College professor, said a mandatory dry house policy would be an effective measure, going a step further than policies that limit the type of alcohol served at parties or the frequency of alcohol-related events.

Nuwer acknowledged that enforcing such a policy is a challenge. The Penn State chapter of Beta Theta Pi, where Piazza fell, was supposed to be alcohol-free. But Nuwer said it would still be a useful measure if universities enforced it with stronger sanctions.

“When members are leaving drunk, getting ticketed by police for a DUI, that means the house wasn’t really dry and that means the end to that chapter,” he said.

In 2000, Phi Delta Theta implemented an alcohol-free housing policy at all of its chapters and since then has seen fewer insurance claims filed against it, the fraternity told USA Today.

Still, Nuwer said no one policy change will effectively end hazing in the long term.

“It really is going to take a paradigm shift, and it’s got to come from the undergraduate population and from the alums,” he said. “The administration can crack down, can put in sanctions, but in the end, if the undergraduates don’t buy into it, the system is doomed to fail.” 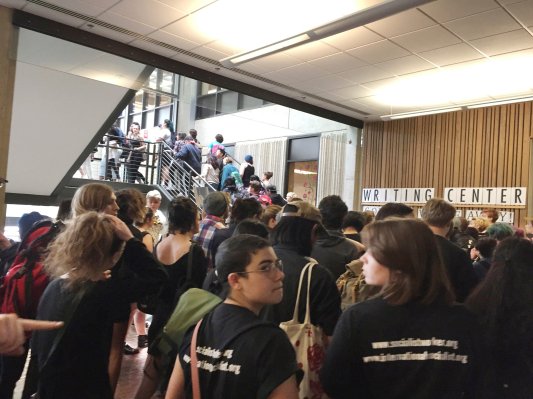