At least five people were killed Monday after a disgruntled employee opened fire at his former workplace near Orlando, authorities said.

The gunman had been fired in April and had been previously accused of battering another employee at work, authorities said. Police said they do not believe the worker involved in the previous altercation was harmed in the shooting Monday.

“He was a disgruntled employee,” Demings said.

About a dozen people were inside the office at Fiamma Inc. — a worldwide business, primarily known for selling accessories for recreational vehicles and trailers — at the time of the shooting rampage. Eight people survived. One survivor told deputies the shooter spared her life and told her to leave, authorities said.

The suspect was armed with a handgun, a “very large” hunting knife and a smaller knife, although it does not appear he used either knife, police said.

His criminal history is “minor” in nature and includes charges of possession of marijuana, DUI and misdemeanor battery.

Authorities do not believe the incident is related to terrorism.

Almost one year has passed since the deadliest mass shooting in modern U.S. history played out in Orlando. Last June, a lone gunman killed 50 people at the Pulse nightclub. 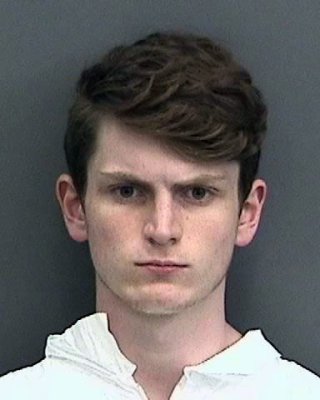