After months of speculation, Apple has finally unveiled its answer to the Amazon Echo: the Siri-powered HomePod. It will start shipping in December for $349 in white and space gray colors.

The HomePod is powered by Apple’s A8X processor, the same chip found in older iPhones. Apple is emphasizing the HomePod’s audio capabilities as a key factor separating it from more affordable rivals like the Amazon Echo and Google Home. Similar to Sonos speakers, the HomePod can analyze the size of the room in which it’s placed and adjust its output accordingly. It’s also capable of directing elements like vocals and reverb using beam-forming technology.

Like its competitors, users can ask the HomePod for news headlines and traffic updates, as well as set reminders, timers, control smart home devices and send text messages. Users can also ask the HomePod questions about whatever music is playing, like “Who’s playing drums on this track?” It’s similar to the way Siri can answer questions about movies and TV shows on the Apple TV.

Apple says that all of the information HomePod gathers is encrypted and sent to Apple anonymously. The speaker only sends information to Apple when it detects the”Hey Siri” trigger phrase, much like Amazon and Google only transfer audio snippets when their respective wake words have been said. The company didn’t reveal many details about how the HomePod might work with third-party apps, a major selling point for the Echo and Home. 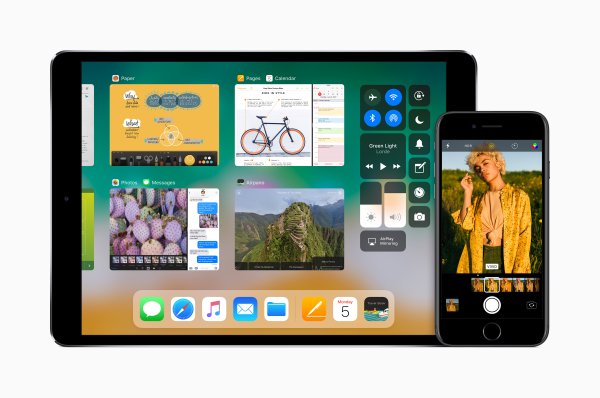 Here's Your First Look at the New Features Coming to Your iPhone
Next Up: Editor's Pick