Everything Sony Told Us About the Future of PlayStation

Pull your gaze from Nintendo’s bedazzling Switch for a moment and consider Sony’s now widespread PlayStation 4. Console sales have in general outperformed the most buoyant analyst and pundit prognostications. Not merely because of Nintendo’s overnight dark horse, or its scarce as hen’s teeth NES Classic. Sony’s PlayStation 4 is having some belt-notching moments of its own.

Sony now says its flagship games platform has sold-through—meaning to buyers and not just stores—close to 60 million units worldwide since its launch in November 2013. That, according to Sony global game development boss Shawn Layden, is the fastest pace set by any PlayStation, life-to-date, including the all-time industry record holder PlayStation 2.

“As you’ll recall, last year we performed the daredevil stunt of launching three new pieces of hardware in 60 days. Probably won’t do that again,” quips Layden during a sit-down with TIME. He’s talking about the $399 PlayStation 4 Pro (a souped up PlayStation 4 that outputs way snazzier graphics), PlayStation VR (a $399 virtual reality headset that couples with the PlayStation 4 for wraparound alt-reality experiences) and a slimmer, sleeker $299 version of the baseline PlayStation 4. All three arrived last fall, and Sony says sales have been booming.

PlayStation VR now boasts more than one million units sold worldwide, up from about 900,000 in February 2017. According to Sony, it’s been sold out from day one. “We don’t see it as a fad, it’s a brand new medium, not only for gaming entertainment, but non-gaming entertainment,” says Layden. And of every five PlayStation 4s Sony sells, Layden says one is a PlayStation 4 Pro, a laudable achievement given its $100 price premium, enthusiast target demographic and the nascency of the 4K television market (where it’s real allure lies).

“It is way ahead of our expectations,” adds Sony global sales chief Jim Ryan. “As with PSVR, and I suppose in forecasting these things we haven’t done a very good job, the product is in desperately short supply. So that’s one-in-five under severe constraint.”

“All of the rumors of the demise of the console are very much premature,” says Layden. “In fact if you’re watching [sales tracker] NPD for PS4 and Xbox One sales, you put those together and console gaming has never been as big and vibrant as it is right now. And that’s just here in the States.” Zip across the pond, and the story tilts further in Sony’s favor. “It’s been pleasing that in North America, we’ve been 2-to-1 against Xbox,” says Ryan. “But in Europe, it’s really been fortress PlayStation by at least 3-to-1 in unit sales.”

“It’s also the breadth of type of games,” he continues. “And once you get up in the heady heights of 100 million units, you’re talking of a different audience altogether, where having this range of stuff like Detroit: Become Human and FIFA and Call of Duty and Star Wars, it makes the job a whole lot easier.”

Layden says the Japanese publishers are also coming back, listing off recent games like Resident Evil 7, Nioh, Nier: Automata, Persona 5 and Final Fantasy XV as examples. “That’s super important for us,” he says. “I think a lot of Japanese developers lost their way chasing the mobile games yen, if you will, but they’re coming back to console in a major way. And speaking of, we’ll have some big announcements at E3 in that precise vein.”

This notion of mid-console refreshes—an enthusiast-angled limbering act you could argue Nintendo pioneered with its perennial Game Boy, DS and 3DS revamps—has a flip side. The PS4 Pro’s power has been effectively slaved to the baseline PlayStation 4. Games on the PS4 Pro, while graphically sharper and lusher, must be functionally identical to the experience as had on the standard model. It’s a leave-no-consumer-behind mentality that’s so far been echoed by the competition: Microsoft’s revved up PS4 Pro rival, codenamed Project Scorpio and due later this year, will likewise observe gameplay parity with the Xbox One.

“Because the games need to play on both Pro and standard PS4, there can’t be a radical departure between the two experiences,” says Layden. “But I think we’ve hit a happy medium by enriching the visual experience, and developers enjoy having that extra oomph while knowing they’re making games that play well on all 60 million PlayStation 4s. I guess we’re trying to have our cake and eat it too.”

Would Sony back away from that requirement if sales leveled off down the line? “Today, my answer is that we’re going to stay the course,” says Layden. “There’s still a lot of juice to squeeze out of the PlayStation 4 platform, full stop. So ensuring PlayStation 4 games play on both consoles is our winning formula right now.”

Another winning-so-far formula few saw coming is Nintendo’s notion of a games console you can play anywhere you like, shifting from your hands to your TV in seconds. In 2005, Sony began its own foray into handheld gaming with a device it dubbed the PlayStation Portable. The PSP sold in excess of 80 million units, and in 2012, a followup dubbed the PS Vita arrived—a contemporaneously mighty mobile, but one that sold a fraction as many units. In light of what Nintendo seems to be illustrating, that there is appetite for a consumer device that preserves the higher-end console experience on the go, would Sony ever revisit a once formidable bailiwick?

Layden calls the Switch “a great success for Nintendo” and admits that “it’s definitely what that fanbase has been waiting for.” But he sees the system as less a rival than a complementary traveler, claiming that Switch sales have had no discernible impact on the sell-through for PlayStation 4. “When you look at our numbers, I think it shows that a lot of gamers are a two-console family,” he adds. “And quite often those two consoles are PlayStation and Nintendo sitting side-by-side.”

Layden says Sony still views the Vita as a viable development platform: Though new Western releases have slowed to a trickle, he notes games are still being made for it in Japan. But for now, a Vita successor isn’t in the cards. “To be honest, the Vita just didn’t reach critical mass in the U.S. or Western Europe,” he says. “I don’t know if it was that it was more technology people had to carry around, or more things to charge, or whether their phone or tablet were taking care of that. But once the content slowed in that pipeline, it became hard to keep the Vita as a going concern.”

Another concern occasionally raised by PlayStation devotees involves the company’s once-ubiquitous PlayStation 2. While Sony has in recent years devoted resources to bringing a handful of popular older titles to the PlayStation 4, the better part of that library is lost to time. For now, it seems that’s where it’ll remain. “When we’ve dabbled with backwards compatibility, I can say it is one of those features that is much requested, but not actually used much,” says Ryan. “That, and I was at a Gran Turismo event recently where they had PS1, PS2, PS3 and PS4 games, and the PS1 and the PS2 games, they looked ancient, like why would anybody play this?”

By contrast, the company says it intends to double down on things people do want to play, namely the explosive eSports phenomenon. “It’s a subject that is occupying us quite a lot these days, and something we’re looking at very carefully,” says Ryan. “We’re trying to find precisely what the role of the platform holder is in that value chain. Seeing how we can actually make the whole eSports thing bigger, better, different and bespoke to PlayStation is something you’re going to be hearing quite a lot about in the next year or two.”

Speaking of broadening its messaging to a growing competitive elite, Sony says it’s aware some have made noises about a boutique version of the company’s acclaimed DualShock 4 controller in the vein of Microsoft’s own Xbox One Elite gamepad. “The idea of a premium interface in exactly the same manner as we now have a premium console has a lot of logic to it, and there are such products already available in the market from third parties,” says Ryan. “But it’s definitely something we continue to look at.”

To questions about where other technologies like PlayStation VR go from here, Layden stresses virtual reality’s non-gaming possibilities. “We have Hollywood luminaries and TV show runners, places like the Smithsonian and [NASA’s] Jet Propulsion Laboratory looking into what the technology can do for them. And recently you may have seen Vince Gilligan, the show runner for Breaking Bad, has leaked some information that we’re working together, which we are, in bringing a Breaking Bad experience to virtual reality.” What exactly is that going to be? “I have no idea, but Vince has shown that he can deliver,” says Layden.

Sony doubtless intends to push its phase one VR ideas as far as the market will bear, but the pressure to iterate is fierce. “Technology cycles are shortening, and there’s no reason to expect VR to be any exception to that,” says Ryan. “If we have aspirations to take this into a mass market space, clearly things will need to happen to the form factor, whether it’s wireless or a lighter headset or all of these things.”

“The key is advancing the technology without stepping off the platform,” adds Layden. “We want to make sure we have a target platform developers can grow against. We’ll find ways to bump it up, whether that’s through the physical design of the product, which needs tweaks, of course, as everything does. But we also want to make sure we’re firmly grounded in PlayStation 4, so people don’t think they need something else to drive the experience.”

As for the experience awaiting PlayStation buffs when the curtain lifts on Sony’s E3 media event, live streaming from the Shrine Auditorium & Expo Hall (online as well as in select theaters) next Monday, June 12, Layden says to think of it less as a press conference than a software showcase.

“The crowd will only have to suffer I think in aggregate 90 seconds of me,” he jokes. “And in the middle will be all the games.” 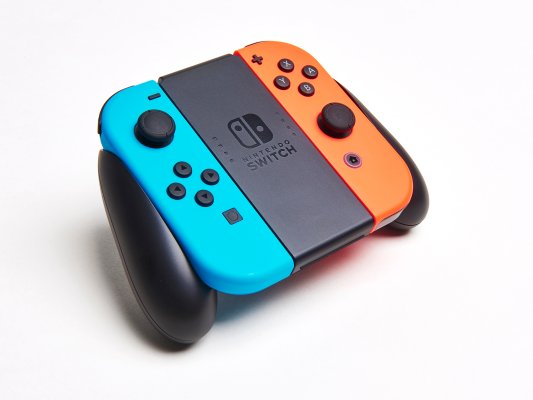