Britain Will Overcome Terrorism the Same Way It Always Has

This is what it feels like when your city comes under attack: It’s revolting.

Initially that revulsion comes at a gut level — the queasy suspicion that loved ones might have been among the victims, or you, had it been on another night, or on another street.

Then the whole world seems surreally in revolt. Like thousands of other Londoners, I go to the South Bank every day. TIME’s offices are little more than a five-minute walk from Borough Market, where the three terrorists cut through the crowds with knives. I’ve been going to those bars and restaurants for years. This was an attack on the way ordinary people, people like me, live our lives. This was personal.

It’s an experience shared by city-dwellers around the world, often at a far more sustained and deadly level — from Manchester to Mumbai, from Kabul to Istanbul. To many Londoners, it’s a reminder of 2005, when terrorists bombed the London Underground and a city bus.

Cities offer soft targets to those seeking to spread mayhem. Londoners live in “postal districts packed like squares of wheat,” as the British poet Philip Larkin once described it, just like Mancunians and Parisians and New Yorkers and Istanbullu. We cannot help but live in public.

So this was an attack on the compact of trust and nonaggression that allows us to live in these teeming hives of people — what lets us squeeze ourselves onto packed underground trains or into overcrowded bars alongside complete strangers.

It’s times like these when those strangers become neighbors, and you realize your city is far more connected than you assumed. The stories about random acts of generosity circulating on Twitter are just glimpses of the kinds of interactions that were happening all across London last night – offers of help, of solidarity, of community.

I wrote recently that the attack on Manchester came at a turning point for Britain — at a moment when we’re trying to figure out what kind of country we want to become; not just in the flash heat of a general election, but in the rising temperature of our departure from the E.U.

What these attacks have illustrated is the kind of country we already are, within cities and without. Unshakably resolute, unwilling to give in to fear or panic, and able to find humor and kinship even in the darkest moments.

It’s clear that changes will come — in how we combat terror and its roots, in how we defend ourselves from what Theresa May is calling this “new trend” of threat, as we evolve.

But nevertheless our spirit will endure, beyond political seasons, and despite whatever revolting attacks may yet be to come. 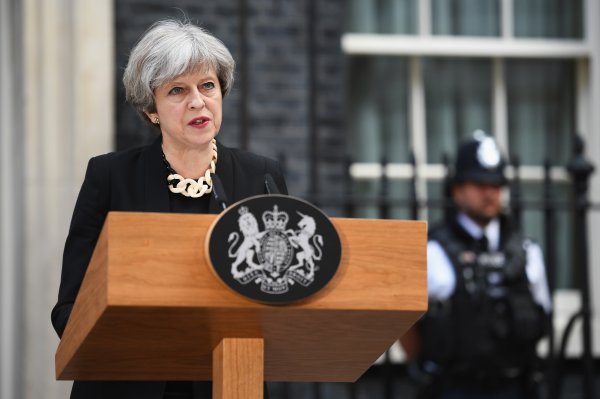