People in London's Borough Market Fought Back as Terrorists Struck

As the world wakes up to the news of last night’s attack in London, in which at least seven people died and 48 were injured, stories of brave people in the city fighting back against the terrorists are surfacing.

Witnesses told of people throwing glasses, chairs and other objects at the attackers to fend them off as they stormed into a pub in Borough Market in central London, threatening to kill people during an eight minute rampage.

A man named Gerard who had been watching the Champions League soccer final at the Ship pub in Borough Market, told The Guardian that he fought back against the attackers. “I threw something at them, maybe like a stool, a chair,” he said. “Then they ran towards me to try and stab me so I ran away because I knew if I would have slipped over I would be a dead man, I’d be dead, I’d have been killed there and then.”

Another man, working as a chef at a nearby restaurant called Fish, said he saw two men stabbing people with big knives. “The guy with the knife was killing two people. We were shouting ‘stop, stop’ and people threw chairs at them,” he added.

Richard Angel, who was sitting in a restaurant in Borough Market when the attack happened, told Sky News that “food was flying and people were turning over tables to get behind them, chairs were being moved… opposite was a guy who was throwing a table at someone and it was totally unclear what it was at the time but it turned out to be this heroic guy who put our safety before his, which was remarkable of him. He was throwing glasses and a table [at the terrorists].”

Speaking to reporters this morning, Cressida Dick, the Commissioner of the Metropolitan Police in London, said she had “heard truly remarkable stories of extraordinarily brave actions by officers on and off duty who were first on the scene.”

She added: “I also heard of colleagues from other emergency services and members of the public who ran towards the danger as this incident unfolded. Many of these people risked their own safety to help others and treat those seriously injured… It’s clear to me that the courage of those people during and following the attack was extraordinary and I pay tribute to all of them.”

In a statement made outside Downing Street Sunday morning, Prime Minister Theresa May praised “the courage of members of the public who defended themselves and others from attackers,” as she declared that “we cannot and must not pretend that things can continue as they are.” 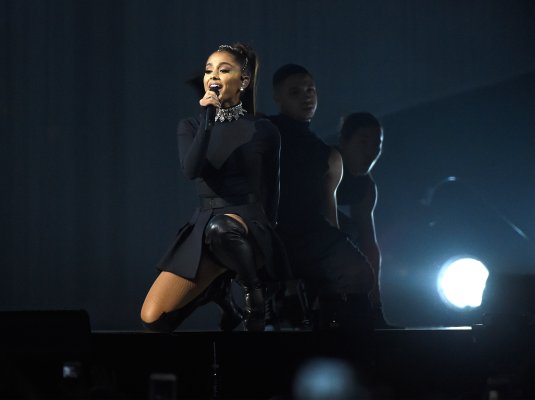