Inside the Juvenile Justice Center in Nashville, Tennessee is a steel door fitted with a high-security system. Push a button and the door unlocks, revealing another steel door with a slot for IDs. When that door buzzes, I walk through with video gear. I’m searched, as is the gear. An hour later, I hear the sound of shackles from down the hall, and a 16-year-old girl in an orange jumpsuit appears.

That meeting 14 years ago began an odyssey that eventually found me on the periphery of a political battle in Tennessee, one of the nation’s most conservative states. Bipartisan leaders there are struggling to change some of Tennessee’s heavy-handed juvenile sentencing laws that require juveniles convicted of first-degree murder to serve a minimum of 51 years.

Juvenile sentencing laws in America have been under fire for many years. When compared to other industrialized countries around the world, America has the largest number of incarcerated youth. Moreover, sentencing criteria for juveniles tried in the adult system are different from state to state.

In 2015, a group of influential people, including a juvenile judge, attorneys, bipartisan legislators, lobbyists and activist organizations, got behind a bill to change an aspect of Tennessee’s juvenile sentencing laws. The original bill called for a juvenile serving a life sentence to be considered for parole after serving 15 years. That bill was debated in the House Criminal Justice Subcommittee, but after its passage appeared unlikely, its House sponsor, Rep. Jeremy Faison, withdrew it for further study. A modified version of the bill was also pulled from the agenda in 2017. Meanwhile, other bills addressing sentencing requirements and juvenile rights during interrogation are also under discussed.

A documentary that my colleagues and I produced, “Me Facing Life: Cyntoia’s Story,” has been part of this conversation about changing Tennessee’s juvenile sentencing laws. The film came about after I met a juvenile forensic psychiatrist in Nashville in 2003. That meeting led to my developing access to the city for a possible documentary.

When I met 16-year-old Cyntoia Brown in 2004, just days after she was arrested for murder, her case seemed cut and dried. She was a young runaway caught up in a bad situation after a middle-aged man picked her up for sex. She got scared and killed him. To law enforcement, the courts and the jury, there was no question about her guilt and her subsequent fate. For me, there had to be more to the story. My camera began rolling during our first meeting.

A legacy of abuse

The next six years were intense. I did extensive interviews with Brown during the years prior to and just after her criminal trial, and several interviews with her adoptive and biological families. I observed forensic psychiatric and psychological evaluations and had access to all of her court proceedings.

We learned that Brown’s mother was unmarried. Her grandmother was a single parent. That didn’t seem so unusual, but over time, a more disturbing narrative emerged – most of the women in Brown’s maternal family were survivors of abuse.

It started with Joan, Brown’s maternal grandmother. She confided, on camera, that she had been the victim of a violent rape. The rape resulted in the birth of her daughter, Georgina. Georgina became an unsupervised teenager who lived a reckless life with drugs, alcohol and prostitution, and became pregnant with Cyntoia at the age of 16.

We discussed Cyntoia Brown’s story with many professionals, on and off camera, and discovered that the life she led, where she was repeatedly forced into sexual acts, was a form of slavery, or sex trafficking.

After she ran away, Cyntoia Brown would meet people who would take her in. The last person, nicknamed Kutthroat, subjected her to multiple sexual acts with his friends. He then threatened her and said she had better get some money, which was how she met the man she murdered. We also discovered that Brown was a victim of fetal alcohol spectrum disorder, a condition that occurs when a mother drinks during pregnancy. Typical symptoms include difficulty with attention, and poor reasoning and judgment skills.

Cyntoia Brown was ultimately tried as an adult and sentenced to life in prison. She’s not eligible for parole until the age of 67, a sentence mandated by current Tennessee law.

Juveniles in Tennessee who are convicted of first-degree murder must serve a minimum of 51 years before they can even be considered for parole. First-degree murder includes those committed with “premeditation and deliberation,” which Tennessee law says can be formed in as few as one or two minutes.

First-degree murder also includes felony murder, which is a killing that occurs during the course of a felony such as a robbery, whether or not there was any intent to kill. A person can be convicted of felony murder regardless of their role in the crime.

It’s not difficult to see why there is a strong incentive to put a person convicted of murder behind bars for life. Such sentences eliminate the possibility that an offender could murder again.

But new scientific discoveries and several landmark U.S. Supreme Court decisions that took place while we were working on our documentary raised important questions. Since 2005, the Supreme Court has recognized that children’s brains are not fully developed, which can impair their judgment and make them vulnerable to high-risk situations. In the 2005 case Roper v. Simmons, the court found that juveniles cannot be sentenced to death. Five years later, in Graham v. Florida, the court banned the use of life without parole for juveniles not convicted of homicide. In Miller v. Alabama (2012), the high court declared mandatory life sentences without parole for juveniles unconstitutional. Writing for the majority in that case, Justice Elena Kagan described adolescence as marked by “transient rashness, proclivity for risk, and inability to assess consequences.”

And yet, Tennessee courts have not yet held that their laws violate Miller. Tennessee Code doesn’t require juveniles convicted of first-degree murder to serve life – but only to serve a 60-year sentence. The courts have the option to sentence convicted youth to a life sentence with a 15 percent reduction or parole eligibility after 51 years.

Many advocates in Tennessee have taken the position that a 51-year sentence is functionally the same as life without parole because the average life expectancy of a young person entering prison is roughly 50 years.

After the filming stopped

I finally turned my camera off in 2011. The documentary was initially broadcast on PBS–Independent Lens, and was later distributed worldwide. It was also featured in community cinemas and adapted and incorporated into various educational curricula around the country. As a result, Cyntoia’s story became a part of the expanding conversation about juvenile sentencing laws and how kids are handled in the criminal justice system.

A Facebook page we created for the film has attracted more than 8,000 followers. Most express frustration about our sentencing laws, but a few state clearly that Brown got what she deserved.

“We fail to acknowledge the contributions we make in the lives of people like Cyntoia,” one visitor wrote. “Don’t mistake my argument, she does need to be held accountable, but the sentence rendered in no way benefits society. … Wake up people! They are kids…”

An extreme opposite view was also expressed:

“When is this world gonna wake up!! She just killed a man for no reason!! She deserves the death penalty there is no question about it.”

For her part, Cyntoia Brown has accepted responsibility for the life she took and knows she cannot undo this harm. She has also taken advantage of every opportunity within the prison system to turn her life around. This includes gaining an education through a local university.

In my opinion, Cyntoia Brown is not the same girl who was arrested in 2004.

We learned that some children – not all – do change. But even though there are systems in place to effectively rehabilitate a juvenile in the prison system, there is no hope under current Tennessee law unless this changes.

In terms of the legal challenge, we continue to follow and document the Tennessee lawmakers’ progress. Whatever Tennessee decides, whether to enact new legislation or maintain their current laws, will be a profound decision. Lawmakers from other states, wrestling with similar problems, will watch, as will activists on either side of the issue.

The last time I saw Cyntoia Brown was in 2015 when she and six other inmates were part of a Lipscomb University ceremony receiving their associate’s degrees. As of 2017, she is a semester away from completing her B.A. degree. 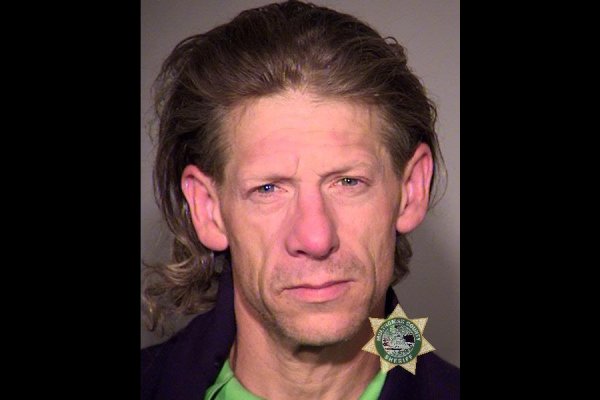