The Leftovers Finale Cemented the Show as a Classic Drama

One of the most relentlessly inventive and beautiful shows on the air bowed out without adornment or excess. With its final episode Sunday night, culminating in a sequence in which Nora (Carrie Coon) explained her trip to the parallel universe to which the series’s missing people had vanished, The Leftovers cemented its place among the very best TV dramas of this decade.

Throughout its run, the show used one big and seemingly unanswerable question — what happened to the two percent of the world’s population who one day suddenly vanished? — to probe the nature of grief and of life on earth. Everyone who remained went crazy, a little or a lot. Their framework for understanding the universe had suddenly disappeared, and in its absence, reality seemed to warp into new, odd configurations. This gave rise to grand set pieces, like two episodes in which the fantasies of Kevin (Justin Theroux) take him to the afterlife and back and then place him in the midst of affairs of global consequence.

MORE: Damon Lindelof on The Leftovers, Faith and the End of Lost

The second of these fantasy episodes aired last week, and in its titanic excess, set the table for a subtly done, low-key finale. In the show’s final installment, Nora, who once shared a life with Kevin in the wake of her entire family having disappeared, meets him again far in the future. She had abandoned him and her entire life in order to take advantage of an experimental technology that took her where the disappeared went — one of the plot turns that, in this show’s trademark manner, were not explained (who could?) but were carried off with such confidence that the viewer went along. Reunited thanks to Kevin’s diligent search, she explained to Kevin where the missing had gone, and why she couldn’t stay there.

The facts are ones about which even casual viewers of The Leftovers were assuredly curious. (Tom Perrotta’s novel, on which the series is based, never explained, but the show has long since burst past its borders.) The answer was vividly imaginative: the two percent didn’t go to heaven or hell. They went into a splinter universe where 98 percent of the population had mysteriously disappeared, and, rather than grieving, they were joyous for having survived. Or at least Nora’s family was, as she recounts the painful experience of visiting them only to watch them from afar and realize she was not meant to be a part of their unit. They had been through something together from which she would always be remote, and so she found her way back to our world alone.

The manner of telling was as imaginative as the story point. By denying us the satisfaction of seeing this other place, The Leftovers reinforced Nora’s isolation from it; through Coon’s moving and impassioned performance of Nora’s monologue, we got to a place of odd and conditional acceptance. Nora’s life after knowing that her family was literally accessible but that she could never again truly reach them only worked if she cut herself off from feeling, living in remote Australia and making her living as a purveyor of birds. The rest of the world seems, somewhat, to have healed, as we learn when Kevin drags Nora to a wedding he’s crashing, at which there’s nothing but joy and the possibility of renewal. And, in the show’s final moments, Nora begins a similar process, allowing herself the possibility of really connecting with Kevin in a way she may never have really done. She’s aware of the ways love can and does end — suddenly, across a gulf that you can never cross even if you think you’ve done it — and she’s willing anyhow.

The Leftovers consistently rejected the sort of granular analysis so much TV invites, the sort that builds to complex finales on which the success of the show rises or falls. For all that its surrealism was in vogue with current shows that prize oddity like Fargo and Mr. Robot, its rejection of resolution throughout felt new — the closest thing on TV to the first run of Twin Peaks, in which grief expressed itself through society-wide chaos, resistant to “clues” but moving at a primal level. The Leftovers presumed, particularly in a consistently brash and inventive final season, that the future was as unknowable as an insane and chaotic present. (To wit: Amy Brenneman’s Laurie, a character I’d felt extremely confident had killed herself earlier this season, showed up right as rain in the finale, making me wonder at first if what we were seeing was a parallel universe of its own. No — it was just a show willing to play, a bit, with the human capacity for wonder.)

A show with less pure brio would have shown us Nora’s trip to the parallel universe, rather than trusting its actor to sell the journey, and the harder journey back. But what made The Leftovers a work of art that stood out in an age of web explainers and rigorously parsing conversations was its blunt devotion to that most unfashionable trait: Faith. “There’s a difference between [Twin Peaks‘s] ‘Who killed Laura Palmer?,’ which is a mystery the show owes us, and requires an explanation, and then, ‘What is the meaning of life and why is this character behaving the way they are?'” Damon Lindelof told me in an interview before the season aired. The Leftovers‘s most compelling mysteries were ones of the heart. And in the end, its story — and the resolution it granted that was ultimately more important than the explanation it provided — worked for those who were willing to believe. 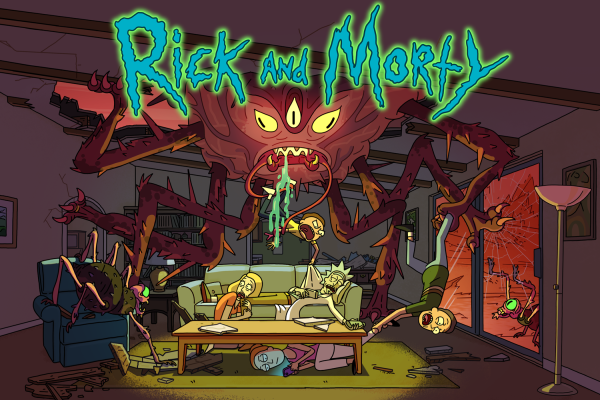 'Rick and Morty:' All of the Easter Eggs You Probably Missed in Seasons One and Two
Next Up: Editor's Pick