It was 75 years ago — on June 12, 1942 — that Anne Frank received a diary for her 13th birthday. Within a few years, she would have died in a concentration camp, but her diary survived. The following is an excerpt from LIFE’s new special edition, Anne Frank: The Diary at 70, available in the TIME Shop, on Amazon and at retailers everywhere.

During the years of the Holocaust, the Nazis systematically murdered six million Jews, as well as five million Roma, Sinti, priests, nuns, people with disabilities, homosexuals, and political prisoners. The killing took place throughout Europe in more than 40,000 concentration, labor, prisoner of war, and internment camps, as well as by the Einsatzgruppen, mobile killing squads, which machine-gunned entire communities or shoved residents into gas-asphyxiation vans.

Some 80 percent of Dutch Jews died in the Holocaust, giving Holland the highest death rate in western Europe. Of the 107,000 Dutch Jews sent to the camps, only 5,000 lived. The death toll at Auschwitz, where more than a million people died, proved especially high. Of the 60,000 Dutch Jews shipped to Auschwitz, just 673 survived, including 127 men and women who had been on the Frank family’s transport there in September of 1944.

Otto Frank was one of them, having been spared because he had been placed in the sick barracks before the Russian army liberated the camp on January 27, 1945.

When the nearly six foot tall Otto left Poland, he weighed less than 115 pounds. He knew that Edith had died, but he was determined to make his way back to Amsterdam. “All my hope is the children,” he wrote to his mother in Switzerland. “I cling to the conviction that they are alive and that we will be together again.”

Miep Gies and Bep Voskuijl had kept the firm going during the war. Jo Kleiman, who was released from the Amerfoort concentration camp soon after his arrest because of his health, made it back to the firm too. Yet, as the war drew to an end and the Allies advanced, conditions throughout the Netherlands continued to deteriorate. Distribution of food and supplies was disrupted, and citizens chopped down trees and dismantled homes for fuel. Some resorted to eating tulip bulbs, and more than 20,000 Netherlanders starved to death during what became known as the Hunger Winter. “All conversations centered on food,” wrote Miep. “Food obsessions were affecting all our minds.” After Canadian troops liberated Amsterdam in May 1945, displaced residents staggered home. Victor Kugler, who escaped from the Nazis during a forced march, returned to work.

Miep would later recall how, after standing speechless for a time, Otto released the “thunderbolt” of news that Edith would not return but that he held out hope for his daughters.

Otto moved in with the Gieses, went back to Opekta, and put ads in papers seeking information on Anne and Margot. Finally, in July, he heard that Jannie Brandes-Brilleslijper might know of their fate. On the 18th of that month, he went to her home.

“I could hardly speak because it was very difficult to tell someone that his children were not alive anymore,” Jannie recalled. “I said, ‘They are no more.’ He turned deathly pale and slumped down into a chair.”

After the Red Cross confirmed their deaths, and Miep knew that Anne would not be coming back for the diary, she told Otto that she had kept it and 327 loose papers safe. Though he was at first too overwhelmed to read the testament his daughter had left of her short life, eventually he girded himself to learn what Anne had written. What he found, he would recall, was “so unbelievably exciting” that he could barely put it down.

Not only the diary but also the revisions that Anne had made as she dreamed of creating a novel and launching her career had miraculously survived. “This brilliant young girl revised her diary because she discovered that she had become a much better writer,” the novelist Philip Roth, who conjured up Anne in his novels The Ghost Writer, Exit Ghost, and My Life as a Man, has observed. “The fact that she rewrote it is one sign that, had she survived, she would have achieved an important literary career.”

Otto reunited with old friends. Eva Schloss and her mother, Elfriede, survived Auschwitz. One day Otto came by with a small parcel under his arm and carefully took out Anne’s diary. “It was very emotional,” Schloss tells LIFE. “He read a few sentences but he always broke into tears.”

He had decided that it would be his mission to share Anne’s words with the world. Otto had the diary typed up, though he shifted a few entries and omitted sections that were critical of her mother and of Fritz Pfeffer, as well as certain entries that included Anne’s musings on her emerging sexuality. It proved difficult to find a publisher until one of Otto’s friends showed it to the historian Jan Romein, who wrote a front-page article with the headline “Kinderstem” (“A Child’s Voice”) for the April 3, 1946, edition of the newspaper Het Parool. “To me, however, this apparently inconsequential diary by a child,” Romein wrote, “stammered out in a child’s voice, embodies all the hideousness of fascism, more so than all the evidence at Nuremberg put together.” Soon after, the Amsterdam publisher Contact agreed to publish the book, and on June 25, 1947, it appeared as Het Achterhuis (The Secret Annex). Otto gave copies to family, friends, the Dutch prime minister, and the royal family. (Miep Gies could not bring herself to read it until the second edition appeared.)

Only two years had passed since the end of the war, but for many the book by the 15-year-old who had written that she still believed that “people are truly good at heart” already proved useful as a way to personalize the Holocaust. “Not only do you have a name and a face and a person in the case of Anne Frank, but you have a very well written diary. It is captivating,” Professor Deborah Lipstadt, author of Denying the Holocaust, tells LIFE. “She is a good writer and she knows how to express herself. She is expressing herself in something she doesn’t even know will see the light of day.”

Read more in LIFE’s new special edition, Anne Frank: The Diary at 70, available in the TIME Shop, on Amazon and at retailers everywhere. 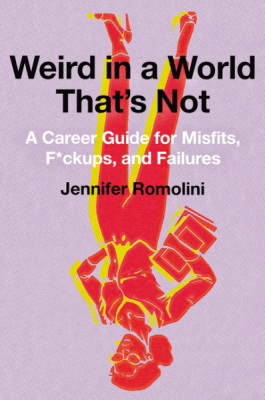 The Perks of Being Weird In the Workplace
Next Up: Editor's Pick