Portland police have captured a man who they say stole a backpack and wedding ring from an Army veteran who was killed while defending women on a train from an anti-Muslim tirade last week.

Authorities on Friday said they apprehended the suspect who allegedly stole the personal items from Ricky Best as he lay wounded after being stabbed on the train. Best, 53, was killed along with 23-year-old Taliesin Myrddin Namkai Meche, after they both stepped in to help two young women who were being taunted by a man on the train.

As commuters fled the train, a separate suspect made off with the veteran’s things, Portland police said. The backpack contained “personal items important to the Best family,” said police, who had issued a public plea Thursday for help finding the person responsible.

The alleged thief’s identity is not yet known. It’s unclear what led to his apprehension. 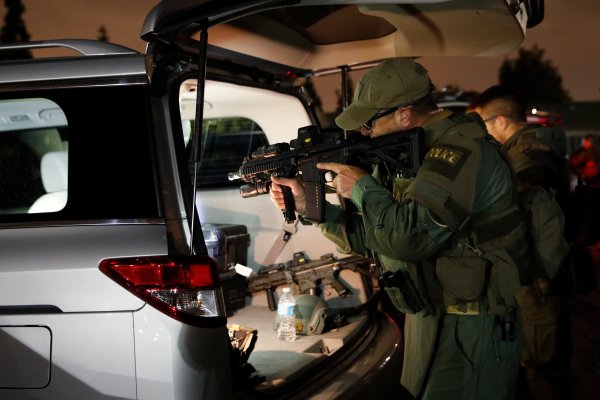 What to Know About the MS-13 Street Gang
Next Up: Editor's Pick