The parents of a Pennsylvania State University student who died after a fraternity hazing ritual this year are calling on school officials to take stronger action, sending an impassioned letter ahead of a Friday meeting at which the Board of Trustees will consider “significant change” to fraternity policies.

“Our son died on your watch because of ignorance and denial by Penn State. Yes, he died at the hands of Men who had no regard for human life, but that behavior was fostered and accepted at Penn State for a long time,” James and Evelyn Piazza wrote in a letter to the university’s Board of Trustees, which was dated May 31.

Their son, Timothy Piazza, died in February at the age of 19 after he was forced to drink heavily during a hazing event at the Beta Theta Pi fraternity and repeatedly fell down a flight of stairs. Prosecutors filed criminal charges last month against 18 students, ranging from alcohol violations to involuntary manslaughter.

The university has already announced a series of changes in the wake of Piazza’s death, including deferring pledging from the fall to spring semester, prohibiting kegs and liquor from being served at Greek-life social events and reducing the number of alcohol-related social events each semester. The school also permanently shut down the Beta Theta Pi fraternity chapter.

In a special meeting on Friday, the Board of Trustees will consider “a number of options that will depart drastically from measures commonly employed at institutions nationwide,” the university said.

“Our deepest sympathies continue to go out to the Piazza family. This was a horrific tragedy and our focus is on reaching solutions to the complex issues of hazing, dangerous drinking and other misconduct that plague fraternities here and around the country,” the university said in a statement on Thursday. “University leaders have taken aggressive actions to date and they will meet tomorrow to discuss additional measures to advance student safety.”

In their letter, the Piazzas called for the expulsion of any students culpable in the death of their son and the termination of administrators who they say “turned a blind eye,” including the vice president for student affairs and an adviser who lived at the fraternity.

They also recommended stronger policies that would create more clearly defined rules against hazing, allow for random spot inspections of fraternity houses and require the expulsion of anyone found to be providing alcohol to underage students.

“We will never see him again because of the Administration’s failures to protect him and turning a blind eye to known problems,” they wrote. “You now have an obligation to make the appropriate statements and changes to make sure this never happens again. The world is watching.” 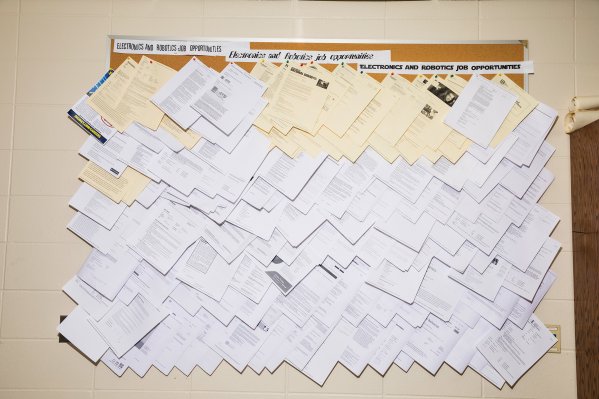 The Case for Community College
Next Up: Editor's Pick