Why Jefferson Davis Got His U.S. Citizenship Back

A view of the Jefferson Davis monument on May 4, 2017, in New Orleans, Louisiana.
Justin Sullivan—Getty Images
By Olivia B. Waxman

When Alabamians mark Jefferson Davis Day on Monday — the state is the only one that still specifically honors the 1808 birth of the Confederate president with its own official holiday — the controversial commemoration will fall just weeks after New Orleans removed a statue of Jefferson Davis as part of what’s become a nationwide push to remove Confederate monuments.

The changing national view of how Confederate leaders should be remembered is in some ways exemplified by Davis. In 2017, for example, New Orleans Mayor Mitch Landrieu expressed the view in speaking about the statues in his city that nation is still very much confronting the issues raised by the Civil War. “Centuries-old wounds are still raw because they never healed right in the first place,” he said.

A different sentiment was expressed in 1978 when President Jimmy Carter, a Democrat from the South, signed into law legislation posthumously restoring Davis’s full citizenship rights on Oct. 17, 1978. (General Robert E. Lee’s citizenship had been restored in 1976, under President Gerald Ford). In a statement on the decision, Carter explained that he saw the move as bringing to a close “the long process of reconciliation” that followed the Civil War:

A century later, it wasn’t that Americans in the mid-1970s had suddenly become more supportive of the cause that Davis and Lee fought for — in fact, the civil rights and peace movements were in full force — yet, some contend, this period of increased political awareness was related to the movement restore the citizenship of Confederate leaders.

“Their willingness to oppose the federal government because of principle struck a responsive note in a nation disillusioned by Vietnam, Watergate, and the Church Committee hearings,” Francis MacDonnell, a professor of history at Southern Virginia University, argues in a paper on the pardoning of Lee and Davis. “Ultimately, the national sense that the government had let down — even betrayed — average Americans helped create a favorable climate for legislation extending clemency.”

Carter used the same this principle when he expanded amnesty for Vietnam draft evaders. As he said at the time: “I have a historical perspective about this question. I come from the South. I know at the end of the War Between the States there was a sense of forgiveness for those who had not been loyal to our country in the past, and this same thing occurred after other wars as well.”

MacDonnell, however, makes a point that the Lee and Davis pardons were slightly different: though Lee had later in his life worked for reconciliation and “he wanted his citizenship back and he probably deserved it,” Davis on the other hand ” never wanted to surrender and favored turning to guerilla warfare.”

But, though Davis may not have wanted reconciliation, the nation in the 1970s did. 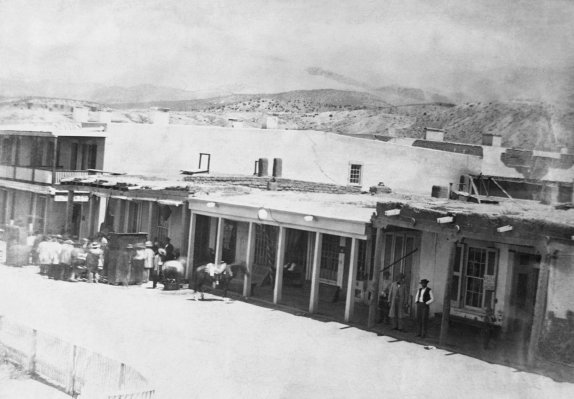 The Civil War Wasn't Just About the Union and the Confederacy. Native Americans Played a Role Too
Next Up: Editor's Pick