Boko Haram Left It in Ruins. Now, This Nigerian Town Is Making a Comeback

When Boko Haram insurgents rampaged through northeastern Nigeria in 2014 and 2015, they massacred tens of thousands of people, sent millions fleeing for their lives and burnt entire towns to the ground. Then, in attempting to eradicate the Islamist militant group in 2016, the Nigerian army destroyed whatever was left.

Now, most towns and villages in Borno state, where the insurgency was strongest, have been stripped of the very building blocks of a functioning society, from houses to water pumps, schools, markets, and medical care facilities. “Go home?” shrugs Rabi, a mother of five from the village of Daban, who now lives with her family in an abandoned construction site in the capital, Maiduguri, 200 km away. “There is nothing left. What would we do? What would we eat?”

Boko Haram may be on the edge of defeat, but with more than 2 million Nigerians from the northeast now living in ad hoc camps, military success is meaningless if citizens don’t return home. Now it is up to the Nigerian government, along with the United Nations and international humanitarian organizations, to rebuild a region devastated by war and the decades of poverty and neglect that many say precipitated the conflict.

The magnitude of the task is overwhelming, says Babagana Umara, commissioner for the Reconstruction, Rehabilitation and Resettlement Ministry for Borno State. He tallies up the damages: 5,000 classrooms destroyed by Boko Haram, 260 health centers, 1600 wells, 15 airstrips, 732 electricity distribution lines, 800 government buildings, including police stations, not to mention half a million cows and goats, and nearly as many houses. The World Bank and the European Union put the cost of rebuilding damaged infrastructure at $6.9 billion.

But what about the business of life: the agriculture, commerce and jobs that actually make a place livable? asks Umara. “Boko Haram devastated almost all the means of livelihood in these communities. We want to empower them, give them their means of livelihood, and contribute to kick starting their lives again.”

Which is why Umara’s ministry, along with the United Nations Development Program [UNDP] and the World Health Organization, decided to launch an innovative reconstruction project in a small, nondescript town just 10 km outside of Maiduguri called Ngwom.

Even before the war Ngwom, with its featureless landscape and windblown goat trails, wouldn’t have been much to look at. But its location on the main road linking Maiduguri with the borders of Cameroon and Chad make it a vital trading post. Before the war, 3,000 heads of cattle were traded in Ngwom’s livestock market a week. It was the main depot for seeds, fertilizer and farming implements for the state capital and surrounding areas. The war left the market little more than a shot-up concrete shell, but that is in the process of changing. Bulldozers moved in in February, and former residents were hired to rebuild the old structure. “If we can get Ngwom’s market back up and running, it will have a huge impact on the region,” says Joerg Kuhnel, head of UNDP’s Early Recovery Program for Nigeria’s northeastern states.

To do that, the residents will need a place to live. And so UNDP launched a ground-up building project that aims to restore Ngwom’s 300 houses in time for villagers to return for the farming season, which starts at the end of June. The school, the clinic, the wells and the market stalls will follow soon after, along with micro-banking systems and livelihood training programs. If successful, Ngwom’s blueprint for reconstruction will be rolled out across the state, a kind of village-in-a-box template that could map out the region’s best chance at recovery. “If the pilot experiment works and the community can come back and take charge of their lives, then we can replicate the experience in as many places as possible in Borno,” says Kuhnel.

Success, he says, will be measured in the number of people coming back to live, the farmers tilling their fields and the merchants going to market. But the ultimate goal is self-sufficiency. “I want to see that at least one member of the family has access to paid work. Or, if they decide to farm, can we hand out seeds and see people planting them instead of eating them?”

One of Ngwom’s matriarchs, Falmata Ali Tela, is ready to give it a try. When Boko Haram attacked late one night in 2014, massacring scores of residents, she fled for Maiduguri, piling her son’s corpse and whatever food and goods she could gather into an old vegetable cart. She has spent the past two years living with her former neighbors in an improvised settlement next to an old fertilizer plant.

On a recent Sunday in May, she ventured out to Ngwom with the village head to see what was left and to examine the structures that will soon become her, and her neighbors’, new homes. As she picks through the ruins of her old house she eyes the newly built primary school with pleasure. “We want our children to be educated,” she says. “Because if a child is not educated, that is the genesis of the problem.”

She is less enthusiastic about the modest, two-room concrete block dwellings built for each of the town’s 300 families. “I had nine bedrooms in my old house,” she says, noting that she has eight children and two relatives to house. “This is what God ordained. But this is not what I expected.” Still, she says, she will be happy to leave the fertilizer camp, where she shares the same amount of space with two other families.

Khunel, of UNDP, recognizes that the new construction is unlikely to live up to most former residents’ previous homes. “This is just the starting point,” he notes. What’s important is that the former residents at least have a place to come back to. “We cannot unfortunately adjust the architecture of the houses for every single household.” Once the community takes root again, residents can expand their houses based on their individual needs. The new houses, he says, are “just to create an initial seed of hope.” For Ngwom, and for the region. 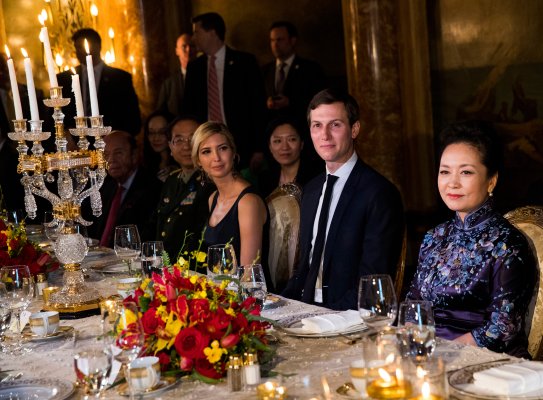