The Alamo Drafthouse made headlines when they announced a women-only screening of Wonder Woman at their Austin, Texas movie theater. In keeping with the spirit of the female-led-and-directed film, both the audience and the theater staff will be female or identify as female.

As might be expected, some men were offended they weren’t allowed to attend the women-only screening — and took to the Internet to express their dissent.

One particularly outraged man Richard Ameduri went so far as to write a particularly ill-advised letter to the mayor’s office in Austin, declaring that he hoped “every man will boycott Austin and do what he can to diminish Austin and to cause damage to the city’s image” because of the women-only screening.

Ameduri also proceeded to write that “achievements by the second rate gender pale in comparison to virtually everything great in human history was accomplished by men, not women” and questioned whether or not women had invented anything worthwhile, closing his letter to the mayor with the adage, “don’t bother to respond because I am sure your cowardice will generate nothing worth reading.”

However Mayor Steve Adler ignored Ameduri’s advice and responded with a letter of his own that not only defended the business’s right to hold the women-only screening but skillfully skewered the blatant sexism of Ameduri’s letter adding that everyone is welcome in Austin, “even people like those who wrote that email whose views are an embarrassment to modernity, decency, and common sense.” 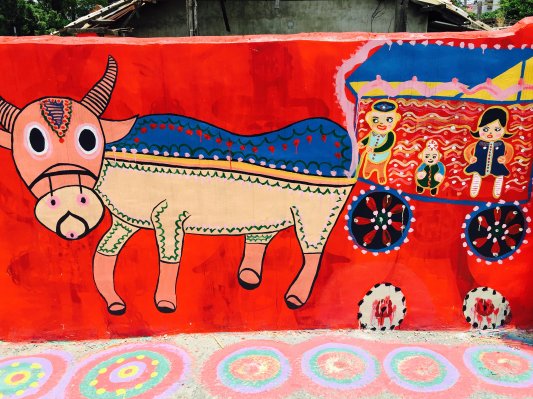 See Photos from the Real 'Rainbow Village' in Taiwan
Next Up: Editor's Pick