Nintendo: 'Arms' for Switch Could Be the First Hardcore Motion Control Game

Nintendo’s imminent kaleidoscopic fisticuffs brawler Arms (or ARMS) is nothing like Wii Sports. Let’s be clear about that, because it’s an easy mistake to make, given Wii Sports included a motion control punching game, and Arms is at least partly a punching game you can drive with motion controls. But that’s a reductive and misleading analogy, like linking Knight Rider and The Fast and the Furious because they share a fascination with cars.

More apt would be to notice developer Nintendo EPD’s own positioning of Arms as the first motion control game hardcore eSports types won’t snicker at when hefting a pair of Joy-Cons and swinging for the fences. We’ll see whether those plans and hopes bear out when the game arrives for the Nintendo Switch on June 16. But the company’s pursuit of eSports-like events—it’s hosting a series of Arms beta smackdowns right now, as well as live tournaments during the industry’s E3 game show mid-June—suggests its intentions are at the very least skewing in that direction.

TIME spoke with Arms producer Kosuke Yabuki and art director Masaaki Ishikawa about the new game, what inspired it, how much of it is luck versus skill and which control approach its team members prefer when the gloves come off. Here’s what they told us.

TIME: One of Nintendo’s first toys in the 1960s was an extensible arm called the Ultra Hand. Does Arms connect back to that at all?

Kosuke Yabuki: There is no connection, but I have heard that before. Someone mentioned the Ultra Hand to me, meaning the extending part of the Ultra Hand.

[At this point a Nintendo of America representative adds “Someone actually suggested we call the game ‘Ultra Arms.'”]

A question for Mr. Yabuki. Any lessons learned while working on The Legend of Zelda: Twilight Princess or Nintendogs + Cats that, though those are completely different things, carried forward to Arms?

Yabuki: There may be things that I learned from my previous experience. Like for example in Twilight Princess, there’s a Sumo game that Link participates in, and the camera is from that behind-the-back perspective. That may be something I was able to carry forward.

And Mr. Ishikawa and I worked on Mario Kart, and that game really relies on playing with your family in a split-screen environment. That’s important in both Mario Kart and again in Arms, so it may be that as well. Another area which Mario Kart and Arms share some DNA is the fact that players can choose to play as they like. They can play with the steering wheel in motion controls, or they can use a stick and buttons.

And abilities like “blind” that let you obstruct your opponents’ field of view in Arms bear comparison to the ink-shooting Blooper in Mario Kart too, don’t they?

Yabuki: There is no formal connection, but now that you mention it, it is pretty similar.

Staying with Mario Kart and thinking about the blue shell as Nintendo’s way of messing with dominant players, where does Arms sit on the spectrum of luck versus skill?

Yabuki: If Mario Kart has a ratio of 50-50, luck-to-skill, then Arms is maybe 20-80 luck-to-skill. It relies much more heavily on skill. There’s a small element of luck in this game, so when you throw your punch, it’s whether or not the player is going to move left or right. You can’t say someone super skilled will win every time, because there is that small element of luck. Arms is thus comparable to something like real-world tennis, where skill won’t necessarily win out every time because there’s an element of luck in that as well.

The characters’ extensible limbs move quickly but also slow enough that most of the strategizing happens between blows. How did you settle on that pacing?

Yabuki: We had a lot of different trials involving the movement speed of both the player and punches. It’s very important, the time it takes for the punch to land and the arm to return, which opens up the different intervals for choosing your next movement or the attacks landing.

At the Game Developers Conference this year the Zelda development team spoke of using a data aggregation tool to chart and scrutinize different play styles. How much of Arms was designed around similar aggregation tools versus straight player feedback?

Yabuki: Arms and Breath of the Wild are made on the same floor at Nintendo, and we are able to use things that the Breath of the Wild team found useful. But it’s important for us to choose the right tools for the game. In development of this game, we looked a lot at the results of the battles, the overall picture of what character matches well with what character and what arms go up well against what arms. That information comes from humans fighting other humans.

But we also use the artificial intelligence in the game to match A.I. against itself and look at that data. And of course the players who participated in the Arms test this last weekend, we looked at that to check and see if there are any balance issues.

Another way to ask that question: Thinking about the neuroscience of human response times, we know that humans react a trifle faster to audio cues than visual ones, and we also know what the rough times to either are in milliseconds. Are you thinking about these things at all when designing an experience that’s so intensively about artful reacting?

Yabuki: We haven’t considered things that deeply, but other things we do consider include the new Switch controllers and the sensation of throwing a punch with HD Rumble. Of course we consider the sound and visuals, but also things like whether or not it feels good to play, or if a lot of people are playing, how fast you can put a match together.

Arms supports pure motion as well as button-driven gamepad controls. If I’m hardcore and want to really throw down, which offers the competitive edge?

Yabuki: It’s a good question. When we really don’t want to lose, we go with motion controls. So on our team, when we just want to throw a game together quick, we’ll sometimes start with the button controls. But when things get serious, we bust out those motion controls, and that’s how we play.

It’s a fascinating claim, because to date, motion controls have existed somewhere around the intersection of novelty and imprecision. It sounds like you’re essentially positioning Arms as the first hardcore motion control game, or maybe even first motion control eSport.

Yabuki: I think that’s a great take, and I actually think Arms might be the first game that has such depth with its technique in its motion controls. I think it would be great if Arms were to become an eSport, but it’s not quite clear yet whether Nintendo will go down that path and become a proper eSport. It’s not a certainty yet that Arms will be a huge hit with people. We’ll see how many people play. But if it does go down that route, we’ll see what Nintendo as a company does with eSports.

A question for Mr. Mishikawa. What inspired your approach to characters that share Mario Kart‘s kaleidoscopic color palette but had to be so much more detailed?

Masaaki Ishikawa: Having worked on a Mario game with Mario Kart, they do share similarities in that the characters are designed to make it very obvious what each can do. That carries over to Arms, where you can just look at a character and size up what they’re capable of. So for example, Mario is designed in Mario Kart in such a way that with his eyes and mustache, you can see exactly where he’s looking. It’s kind of the same with Spring Man in Arms. You’re looking at his hair and chin and neck, and he has this black decoration around his chin that’s designed so you can easily identify where he’s looking.

How much of the character design was form following function versus function following form, by which I’m asking whether you as the art director were able to create things that looked interesting and the design followed therefrom, as opposed to the visual elements being slaved to design requirements?

Ishikawa: For all the characters we do think primarily of function first, but the ratio differs for each character. For example, with Helix, we really wanted the soft movement of the way his body shrinks and slinks around. So we thought of that scientifically, that lab-created body he has, and the design follows the function of that movement.

As another example, with Min Min, she’s one of the characters that we started with this visual design, but then eventually we decided that she’s a character who fights with a lot of kicks, and one of her arms is a dragon. A lot of her design came from the visuals. It’s not just how she looks or her appearance, the design of the visuals is making it easy for the player to see where the other player’s head is facing and what actions they might be about to perform. We’ve given Min Min a unique hat, for instance, and that allows the player to get a sense of where she’s looking and what action she’s about to take. So it’s not just the looks of the characters, it’s more about how it affects the player’s interpretation of what the other player might be doing. 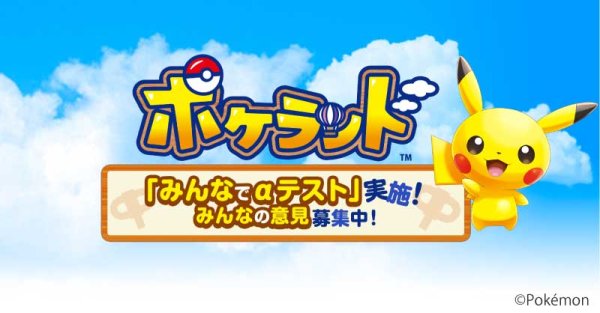 The Pokémon Onslaught Looks to Continue in 'PokéLand'
Next Up: Editor's Pick