Pop culture bade farewell to one of the greats when Geri Halliwell a.k.a. Ginger Spice dropped some devastating news during a global tour in 1998: she was leaving the Spice Girls.

For fans, the departure was abrupt and lacked explanation, until 2010 when Halliwell discussed it in an interview. But now, 19 years later, Ginger has offered something else, via Twitter: an apology. On Wednesday, a fan account messaged the singer, who since marrying in 2015 goes by Geri Horner, to commemorate the anniversary of her exit. In response, Horner wrote that she was sorry in a tweet with an emoji of a broken heart, perhaps symbolizing the dashed dreams of fans around the world.

“I’m sorry about that. Everything works out in the end, that’s what my mum says!” she wrote.

It may be almost 20 years since her exit, but fans were grateful for personal touch.

In the 2010 interview, the pop star explained that she had been planning to leave the “girl power” group once their world tour ended in September 1998, but she ultimately left earlier because she was not permitted to give an interview about breast cancer, an issue about which she cares deeply. “I was meant to be the advocate of girl power, and I felt like a hypocrite if I couldn’t do something…for empowering women. So, I had to go. I had no other choice, really,” she said.

Last July, Horner, Emma Bunton (Baby Spice) and Melanie Brown (Scary Spice) announced that they would participate in a Spice Girls reunion concert in London’s Hyde Park, though no date has been confirmed. Victoria Beckham (Posh) and Melanie Chisholm (Sporty) were notably absent from the announcement — their lack of interest is rumored to be a factor in the uncertainty that the event will even happen — but fans will take all the spice they can get. 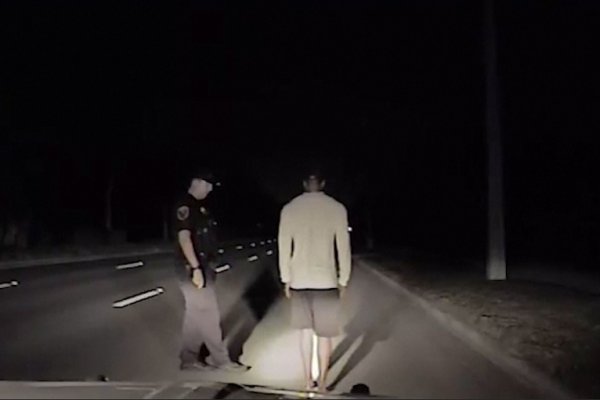