Samantha Bee‘s latest installment of Full Frontal With Samantha Bee on Wednesday night was a blast from the past, as she channeled old school talk show host Dick Cavett to interview former White House counsel John Dean, a pivotal witness and target in the Watergate scandal.

Using a studio set that recalled Cavett’s old talk show (where Dean gave an infamous interview post-prison and Watergate scandal,) Bee pulled no punches when grilling Dean when holding President Donald Trump up against Dean’s former boss, President Richard Nixon. Cavett himself was on deck, ready to help with any aspect of the interview process that Bee might have missed

Some of Trump’s critics have compared him to Nixon after the firing of FBI Director James Comey, however Dean said he believed that Trump poses a larger threat to the country than his former boss.

“Never did Nixon give me a knot in my stomach about what could happen to the country and the world under this guy’s leadership,” Dean said.

“The more difficult problem for me is, once he’s up on the learning curve and we take this authoritarian personality and turn him loose, we could have a war so easily,” Dean said.

Bee then issued a call to action to Trump’s White House Counsel to do their civic duty like Dean did before them, posing the question, “Who’s the John Dean of Trump?” 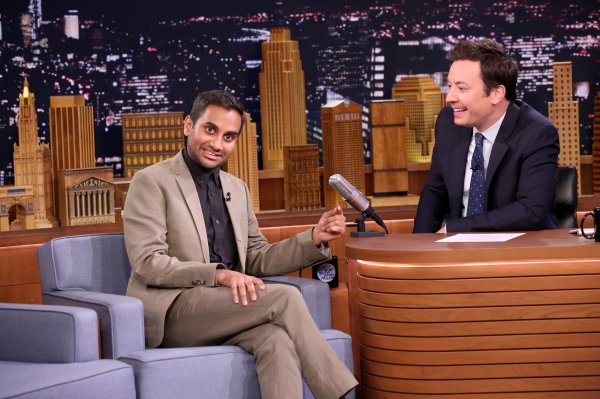 Watch Aziz Ansari and Jimmy Fallon Bring the House Down With These Disgruntled Yelp Reviews
Next Up: Editor's Pick