Noriega ruled Panama with an iron fist from 1983 until he was ousted by a U.S. invasion in 1989
John Hopper—AP
By Kate Samuelson

He was known to his fans as El Man and to his critics as Pineapple Face because of his acne scars. Manuel Antonio Noriega, who died on May 29 at 83, was always a Janus, shifting from U.S. ally to enemy too often to keep track.

When Noriega came to power in Panama as a military commander in 1983, he was seen by the U.S. as a bulwark against leftist influence in Latin America. But reports soon circulated of his involvement in drug and arms smuggling and selling U.S. secrets to Cuba. His behavior grew increasingly eccentric and brutal, and the U.S. invaded in 1989, in part to put an end to his reign.

Noriega went from despot to convict, jailed in the U.S. for drug offenses and finally in his homeland for crimes committed during his murderous regime. One of the last photos taken of him, in 2011, shows him in a sweaty prison mug shot, his true face exposed at last. 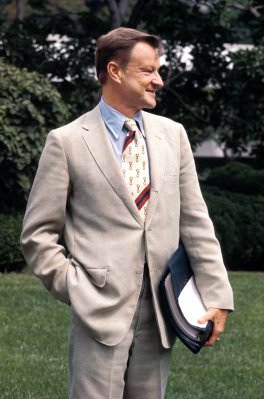 Zbigniew Brzezinski
Next Up: Editor's Pick