Wonder Woman: A Perfect Paradox for the Generation That Expects to Have It All

We women and girls of the 21st century wear our empowerment on our sleeves. But sometimes I think that all those We can do it and Girls rule T-shirts are meant as much for our own reassurance as they are brave declarations to the world — mantras we hope will carry us into a future that we keep insisting will be female.

It’s little surprise that one of the summer’s hit films will be Wonder Woman, a fantasy that brings those slogans to life. She’s a beautiful Amazon raised on an all-female island who can deflect bullets with her jewelry, lift a car, fend off a dozen armed men with acrobatic sword work and bring peace to a warring planet. And she does it all in a bustier, which might be the most daunting feat of all, as anyone who’s ever worn a strapless top can tell you.

Wonder Woman comes after summer 2015’s Mad Max: Fury Road, in which Charlize Theron, as a one-armed Furiosa, takes down postapocalyptic tyrants while driving a giant rig through the desert. Female protagonists are still rare in action movies, yet just these two characters have put more raw female power onscreen than I saw in my entire youth. But while this generation has all that, plus Beyoncé, it’s also subject to expectations about looks that might be even more pervasive now than in the sexist 1970s.

Back then, we had Charlie’s Angels, with Farrah Fawcett and her over-the-top beachy sexiness, but that show was only on once a week. In the 1970s and ’80s, some part of us knew that the pretty TV characters we loved were not aspirational figures (well, except for Farrah’s hair) but rather caricatures of a kind, sometimes silly ones. They included Lynda Carter’s Wonder Woman, who would twirl as if she was trying on a new dress to become a superhero with a benign, cheery sexiness that seems tame compared with this new incarnation.

Gal Gadot‘s new Wonder Woman is something else. She doesn’t hesitate to say to Steve Trevor, the first man she’s ever met, “What I do is not up to you.” She’s powerful and charming, raised as a warrior but dressed in what could be a sexy Halloween costume. The bustier is part of it: we have staked out the right to be both sensual and strong, though that too often gets conflated with an obligation to be sexy.

It’s not easy to sort this out if you’re 14. Never have there been images of objectified women available on more platforms. At the same time, we’re awash in empowerment sites that publish things like “How to Turn Impostor Syndrome Into a Superpower” and debates about who’s more feminist. You can be reared on books like Lean In, #Girlboss, Thrive and The Purity Myth — their very titles are exhortations to get going already — and still be obsessed with The Bachelor. And somehow women can organize what was likely the largest protest in U.S. history and still make up only about 20% of Congress. (At this rate, we’ll have sentient androids by the time the future is even half female.)

Maybe these paradoxes are why this new Wonder Woman seems suited to this moment. She does the impossible, and I don’t mean the stunts. She leads without seeming to be unlikable. And her sexuality doesn’t leave her vulnerable to abuse.

The Wonder Woman character is a particularly stark contrast to reality, coming as it does after the horrific terrorist bombing at an Ariana Grande concert in the U.K. that left 22 people dead, many of them young girls. Grande’s concerts are their own mostly female islands of empowerment. Her Dangerous Woman Tour showcases a combination of ferocity and femininity that resonates with a generation of kids raised on girl power and Instagram selfies. During set interludes, words like wild, free, strong and sensual and phrases like not asking for it play on a huge screen — incantations that may be as much hope as they are reality.

In one of the videos for her most recent album, Grande wears a black mask, bunny ears and a bustier — the picture of another hot superhero. She tells her audience that they have the right to be sexual and safe at the same time, summoning the kind of bravado that comes so much easier to teens than it does to their mothers. Her lyrics are about feeling “bulletproof” and how she lives for danger. The terrible lesson of Manchester, though, is that even the strongest young women are no match for bombs. And there’s no need for girls to chase danger; it still comes to them. 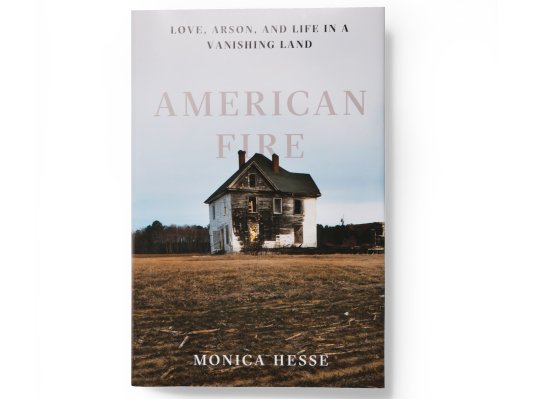 Smoldering Ruins
Next Up: Editor's Pick